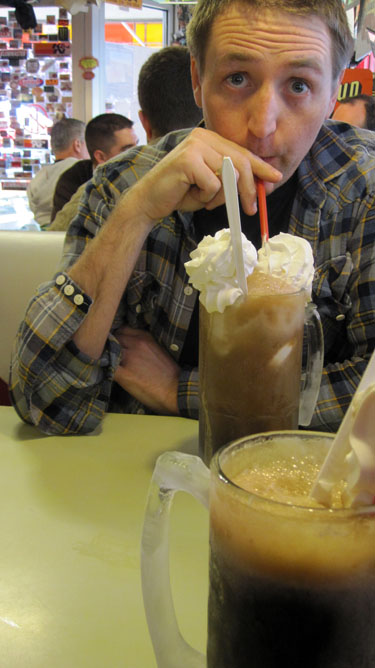 And since we were there, we might as well eat something…after all, their food couldn’t possibly be the size they claim it is, right? …God help me, what have I done? Who needs a burger covered in ham, bacon, and a hot dog, smothered in cheese and grilled onions and some sort of sauce that hastens one’s death? On the other hand, it was delicious. And who doesn’t need a burger covered in ham, bacon, and a hot dog, smothered in cheese and grilled onions and some sort of sauce that hastens one’s death roiling around in one’s stomach while one is attending the ballet later that evening, causing one to sweat and grip the sides of one’s chair and pray that the discomfort will pass? Hypothetically speaking?