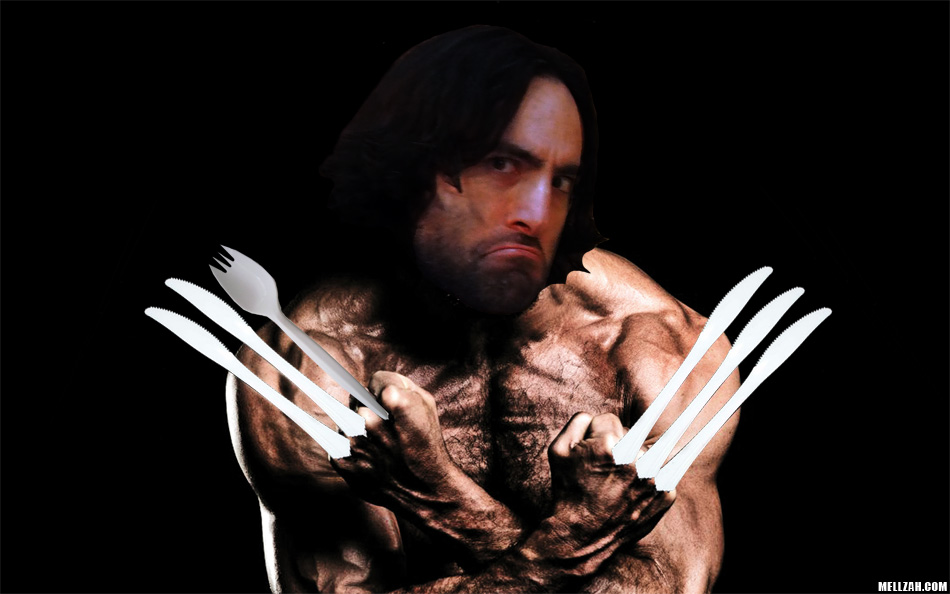 Jason: So now that we’re married, I feel like I should probably come clean. I have mutant powers. Mellzah: What powers? Jason: Basically all of them, only half-assed. Instead of adamantium claws, I’ve got plastic knives, and occasionally a spork. Mellzah: And your magnetic powers? Jason: I use larger magnets to control smaller magnets and the occasional small metallic object. Mellzah:  And your teleporting powers, can you only use those in the game Portal? Jason: Now you’re catching on! I can also read minds so long as it involves a thought bubble, hold a laser pointer near my eyes and zap things,  time-travel by turning clocks and calendars back, and I can throw playing cards at people. Mellzah: That’s really more eighth-assed. Quarter-assed at best.

X-Men: Days of Future Past is a unicorn among media portraying time-traveling in that I didn’t hate it. It was set up in such a way that it didn’t result in a paradox or the tired “avoid your past self” business, it established limits to how far and who could time travel so it doesn’t raise questions of “Well, why don’t you go further and do ____”, and there was no “I’m my own grandpa” subplot. I also liked that Peter Dinklage played Bolivar Trask and there was no mention of his stature whatsoever, which is a step forward in terms of putting a greater diversity of people onscreen: everyone deserves to have someone who looks like them represented in popular media without treating them like a token. I like the undercurrent of Professor X learning respect for women. I think the only thing that annoyed me was how they had to show Mystique transform into her blue form practically every time she was onscreen. We get it! We remember it’s her! Frankly, if she was able to maintain her disguise while beating some ass, some of these problems would never have arisen in the first place, because people wouldn’t be like “WHOA, MUTANT”, they’d just think that some garden variety vanilla human came down with a case of whoop-ass. Oh, and that overblown thing Magneto does. That’s annoying, too. You’re already overpowered, dude. No need to bring an atomic bomb to a slapfight.

Long ago in days of yore, it all began with a god named Thor: The Saga Museum