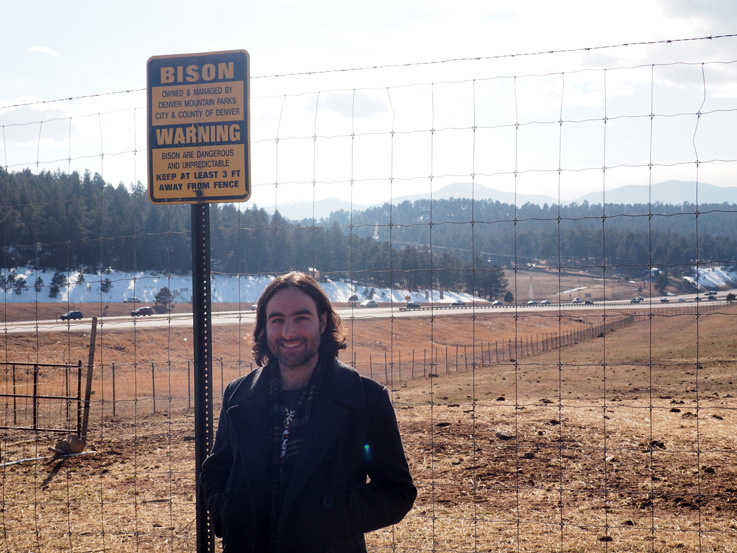 After spending his life slaughtering them for food and for fun, Buffalo Bill decided to try to preserve the American Bison (yes, bison, the buffalo is a wholly different animal) by starting a protected herd. As many as 60 million bison once roamed the plains, but greed and pleasure-killing took its toll on the species, and by the late 1880s, no more than 1,000 remained. In 1913, the city of Denver began a bison herd at Genesee park; the parent stock being the few remaining wild bison in Yosemite National Park.  I can only imagine that they’ve since evolved to become invisible, because all we saw were bison-patties dotting the enclosure. But the herd is out there somewhere, munching, pooping, and biding their time until the next time they’re provided an opportunity to rip someone’s arm off through a fence.