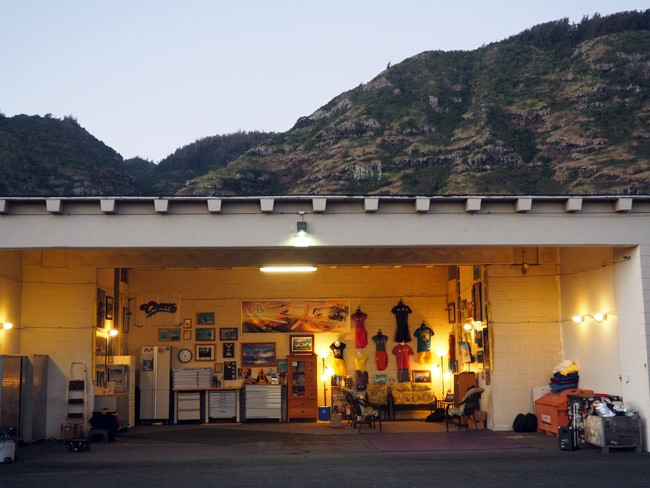 I have always wanted to fly. Whenever someone asks that “what superpower would you choose if you could have any superpower” question, my answer is always flight. Hands down. Immediately. No question. Keep your invisibility, keep your laser eyes, keep your ability to spontaneously generate a puppy from thin air (but stay close, because sharing is caring, especially when it comes to puppies). I want to fly. I don’t care that I’d probably get sucked into a jet engine or shot down by the military, I want to fly. I don’t know if it’s a short person thing or a can’t-even-jump-that-high fat person thing, but breaking the bonds of the earth to go soaring in the sky is the dream. Sadly, due to the lack of wings and hollow bones and, you know, not being an actual freaking bird, my options are mostly limited to gimmicky rollercoasters and closing my eyes in front of a really large fan. So when I heard about Paradise Air‘s powered hanglider flight lessons, it was a foregone conclusion that I absolutely, positively must try it.

Just like going for a worm, you have to be an early bird to fly a powered hanglider. Tom and Denise, the owners and operators, like to get the first flight in the air just prior to sunrise. Not only is there less air traffic, but the skies are calmer as well, which makes for a better overall flight experience. After you arrive at the tiny airstrip on Oahu’s north shore in the black of night and sign a waiver  (all the best activities start with waivers), they outfit you with a flight suit, a helmet, and gloves, and it’s off to the races. When you’re comfortable in the air, you’re taught how to steer, as well as how the whole shebang works and the various safety features, including that it’s a hang glider and you could glide your ass to land if you really got into trouble. Having last flown a plane with a rocket parachute safety feature, I was not at all worried. I don’t think I would have been worried, regardless–I’m not afraid of flying, what with it being The Dream and all. Sure, it’s unnatural for humans to fly, and yes, gravity would probably like to rip us all from the clouds in an equal-but-opposite-reaction death hug, but for whatever reason, that knowledge doesn’t bug me. Put my face in the water and it’s heart pounding panic attack time, but strap me to whatever sky contraption you want and I’ll be fine. Unless you somehow manage to put my face in water while I’m in the air. You monster.

I think flying in a powered hanglider is as close as I’ll ever come to achieving The Dream. Not only can you twist and turn in the air like a bird, but you can feel the wind whipping at your cheeks, the sun on your face, and you can see the wide sky all around you. We saw a geyser of water erupting from the ground with a cloud of birds wheeling around it and we did the same. The sun blazed forth over the horizon, illuminating the water and setting the clouds alight. The water was so clear, I could see the reefs snarling toward the shore. And we four occupants of the hang gliders were the only ones to see any of it from the skies. They belonged to us alone. The wind may not have been the only thing I felt on my cheek that morning.