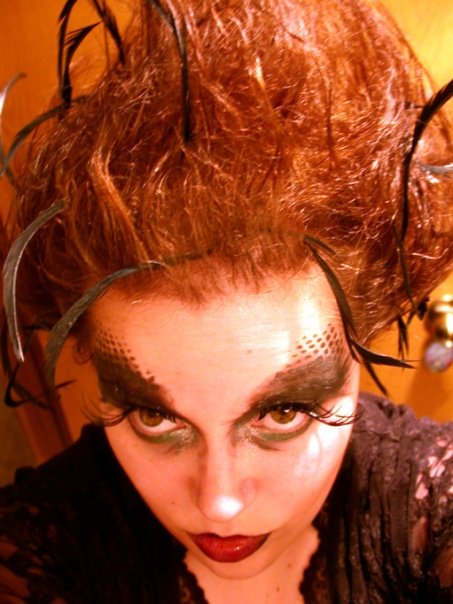 I fear my hair will never be the same. Also, I now have huge respect for people who put up tall mohawks on a regular basis, because it took a stupid amount of glue and hairspray just to get my hair up like this. I most embodied my sin while attempting to get ready; my hands were coated in glue and hair that had been yanked out by said glue, my hair kept flopping over instead of standing up straight and cool the way it was going to do in my imagination, and I was growing rapidly more frustrated.

I know that lust won my poll by a landslide, but I invited Amy to come with me to the party, and when I told her the theme, she immediately said she would just dress skanky and go as lust, and frankly, I didn’t want to compete with that. The least popular sin was gluttony, with all of one representative, who just hung out by the snack table all night.

Getting Better With Age

15 Comments → ‘Tis said that wrath is the last thing in a man to grow old.