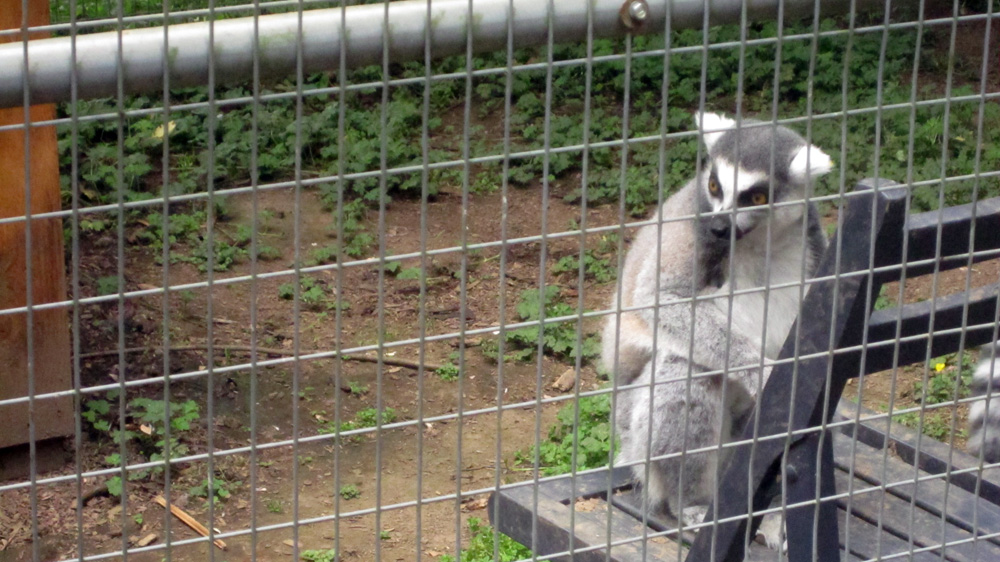 “Ewwwwwww, it’s not like in cartoons.” “Yeah, there’s a lot more mucus.” – The Simpsons, Bart vs Australia You could go all the way to Australia and try to interact with their kangaroos. It’s not advisable, but you could. Or you could save yourself the cost of international travel and a potential disembowelment and interact with the tame ones at the Outback Kangaroo Farm in Arlington, WA instead. I won’t judge you either way.

We took the earliest tour, in the hopes that it wouldn’t be too crowded and that the majority of families with small children would still be stuffing them with cheerios and wrestling them into the car to head to the farm as we were leaving…but no such luck. I know I often come across like a wretched kid-hater especially since it’s common knowledge that I don’t plan on having any myself, but my hopes mainly stem from my selfish desire to be able to do everything. If there are kids present, there’s no way I stand a chance of being selected to feed the lemurs a banana. There is no adult on Earth who can win a contest competing against children. The odds are on par with a unicorn swooping out of the clouds and taking you for a journey to the moon–and since there’s a kid around, there goes your shot at that, too. And I get it: those experiences are magical and special to kids. But damn it, I want to do it, too! And I know without you having to tell me that my attitude makes me the biggest baby in the world. I still have to pay adult admission, though. WAH. The lemurs were the only animals that you had to be selected by a staff member to feed. As for everything else, they gave visitors bits of bread to feed the kangaroos and wallabies. Not entire loaves, like the Olympic Game Farm, but bread nonetheless, which as we all know, is what they eat in the wild, building cob ovens in the outback and baking their tiny paws to the bone, or bartering pouch rides for cookies with the Keebler elves. But in order to actually feed them their daily requirement of Wonder Bread without shoving a kid out of the way (which I would like to remind you is something I would not do), we ended up trailing farther and farther behind the tour group. I don’t know what animal this is, so I’m going with “chupacabra”. *edit* I have learned this critter is a Patagonian mara, which does not, in fact, make a habit of sucking goats as it is a herbivore. The kangaroos were much more shy than the wallabies, which would probably follow you into your car if they thought you might have more bread. We ended up so far behind the group that we missed the ostriches entirely. On the way, we paused to take a picture with the black and white pony they had tied up on the path: bear in mind, that at this point, everything on the farm could be touched or fed, and we had no reason to believe that pattern was changing. The pony, however, was having none of it. As Jason posed with him, he shifted his hindquarters around and threw a kick at Jason’s knees (either he missed accidentally or it was a warning shot). Immediately after this kick was launched, the tour guide yelled at us, saying that he’d warned the group that no one should approach the pony for just that reason. Now, ignoring that we didn’t hear said warning because he was moving on before everyone had a chance to use up their bread allotment, why exactly would they tie up a pony with anger management issues so close to a walking path where he could put a hoof through numerous knees and faces? After The Pony Incident ™, we were invited to feed an alpaca a treat by holding it between our lips and waiting for the alpaca to kiss it off, much like that college dorm standbye “suck and blow” but with way less sexy results. Unless you’re into that sort of thing. I, personally, have had a little too much experience with the phrase “gee, that’s never happened before” applying to me to be entirely comfortable with an animal lunging at my face for food, so I elected to sit this one out. Hands down, the best part of the tour was at the very end, when they lead you back into the gift shop and allow you to hold a baby wallaby. I could have snuggled that adorable baby for hours. I wanted to smuggle it home, but sadly too many people were watching….this time. After all, how hard could it be? I do have plenty of bread around.