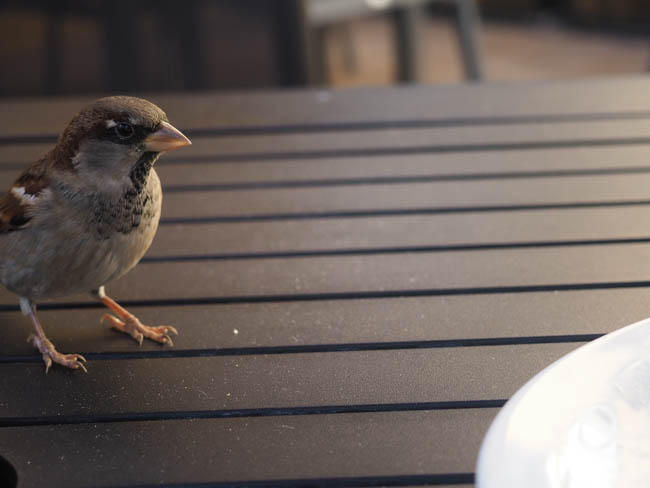 The first and only time I’ve ever been to Disneyland* was when I was six years old, and my strongest memory of that visit was demanding a mickey ears hat with my name embroidered on it even though I had already spent my souvenir money on a pretty pink princess hat, because I was a little shit**. I got that mickey hat, though both hats have since been lost. Jason’s strongest memory of Disney is of throwing an unholy fit until he acquired a set of stuffed Chip & Dale, rescue rangers, and he got them, though Chip and Dale have both since wandered off into the great beyond, possibly in need of a rescue of their own. So while obviously I’ve seen a lot of the mouse in popular culture since then, the only thing that I personally knew to be a fact about Disneyland was that it had the power to make tiny humans want things with a need so visceral that it might tear them apart. I decided that I wanted to go at least once as an adult to really get the breadth of the experience–ride the rides I wanted to ride, eat the food I wanted to eat, buy the stuff I wanted to buy. In other words, the sort of happy time my parents could have had if they hadn’t had me.

In the morning, at breakfast, some of Cinderella’s helpers decided to try and help themselves to my oatmeal, but I was not having it. Where were they when I was having a wardrobe malfunction the previous evening? Nowhere to be found, the jerks. On the walk to the park, I saw an interesting warning sign: “The Disneyland Resort contains chemicals known to the state of California to cause cancer and birth defects or other reproductive harm.”  This sign justifies all the disregard I’ve given these sorts of warnings, because if motherflipping Disneyland, the pinnacle of family friendly entertainment, wasn’t able to meet these safety guidelines, either these warnings are about elements so trace as to be negligible, or absolutely everything gives you cancer and harms reproductive health. It officially doesn’t matter anymore, have some more of that cancer kale with sperm damage dressing, because none of us are getting out of this alive, anyway. Or, if you’re like me and at Disneyland, you’ll have a cancer churro and an egg damage dole whip. When I visited, Disneyland was all decked out for Halloween, and it was pretty flipping adorable, with pumpkins everywhere and the few characters we saw roaming around decked out in festive costumes. Some of the rides had even been altered for Halloween–Space Mountain became Ghost Galaxy (which mostly involves ghosts screaming at you in spaaaaaaaaace) and the Haunted Mansion was redecorated in a Nightmare Before Christmas theme which I was obviously all about. But more on that later: my first stop in the park was Tomorrowland, aka Star Wars World***. Star Tours: The Adventures Continue is a motion simulator ride–one of those rides where you’re strapped into a moving chair in a room with a movie screen. This one was in 3D, so you get to wear some really fetching glasses to show off just how cool you really are. (Spoiler: not that cool.) I did like that during the ride, they showed us a photo of a “rebel agent” who was actually in our group, which is something I feel like I haven’t seen before and was a nice touch. We exited into the Star Wars gift shop and my immediate lust for a BB-8 style mouse ears hat was just as immediately quenched when I saw what it looked like on my big, round head. Far from cute. I have seen many, many trendy bloggers on instagram out and about in their spangled mouse ears, and occasionally I have envied their cuteness. Now I know for certain I can never be part of their elite blogger cabal. Somehow, they pull mouse ears off. Those hats turn my fivehead into a twelvehead. Don’t believe me? YOU HAVE BEEN WARNED. That’s allllllllll forehead under there. Forehead for days. And where my forehead ends, my skull gives birth to Jack Skellington. Don’t ask how, learn your lady anatomy, people.

I do have to wonder if perhaps I’m just not the sort of person who can pull off Disney regalia in general. We tried on a lot of hats that day, friends, and none of them looked anything other than especially stupid. Or maybe I don’t have the Disney Attitude™.  Although, I did see a bunch of ladyblogger types walking around in sequin mouse ears, crop tops, and eight pounds of makeup, and when they weren’t posing for “omg look at how much fun we’re having (#blessed)” selfies, they looked pissed. So they probably don’t have the Disney Attitude™, either.

The Pirates of the Caribbean ride has definitely changed since I was a kid to incorporate things from the movies, and it’s still quite fun. However, the name should be changed to Pirates of the Caribbean: The Curse of Soggy Bottom because the seat was sopping wet which made my seat sopping wet for the better part of the afternoon, the better to make it look like I had a fear-based accident in the Happiest Place on Earth.

At some point, lunch happened: And after lunch, we finally hit the Haunted Mansion. And wouldn’t you know it, as soon as we got close to the entrance, the ride broke down. Most of the people around us in line left, but I decided to wait. Thankfully, the extra wait wasn’t long, though I was prepared to wait as long as it took–days, if necessary. Nothing was keeping my spooky ass out of that mansion. And it was just as good as I hoped it would be.

We hit a few more rides, had a dole whip, did some more shopping, and at that point, I’d pretty much had enough. There weren’t any other rides I was interested enough to wait for, the park had gotten insanely crowded (it went from reasonable levels to shoulder-to-shoulder everywhere which makes me feel panicky), I didn’t particularly want to meet any characters or collect autographs, so we decided to call it for the day. I think it’s funny that while Jason and I both remember throwing mighty tantrums at Disney as children, the only bad behavior I witnessed there was from other adults.

The verdict? Disney is fun–the things that they do well, they do really well. There’s attention to detail everywhere, the grounds are much better taken care of than any other theme park I’ve visited, and their animatronics are outstanding. I just don’t know that I’d ever want to go again. I definitely don’t understand the people who go every year, the people with the real Disney Attitude™. I am, however, interested in decking out my home in full Haunted Mansion fashion. Oh, and I finally got one of those caramel apples. Dreams DO come true at Disney, so long as those dreams are specifically Disney-related.

*I did go to Disney World when I was twelve, and I do remember that visit much better–for example, I remember the employee in Epcot’s France calling me fat, which I was, but goddamn, dude. That was savage.

**I mean, I still am a shit, I’m just a much bigger one now. This tantrum-y behavior is now known in my home as “moon door-ing” as in “there sure are a whole lot of moon doors at the mall today”. Not that someone is likely to overhear your conversation, anyway, when their kid is screeching at jet engine decibel levels, but I’m just trying to comment on the situation with my husband, not make someone feel bad on the scale of Epcot Frenchman.

***Not actually also known as Star Wars World, but it should be.