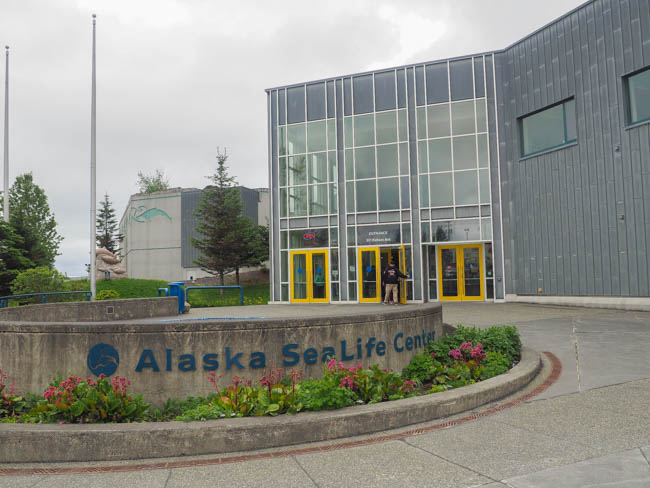 Pretty sure this is a female harlequin duck, but you can call her Adorabill I tend to like aquariums best when their focus is local, and thus, I loved the Alaska SeaLife Center in Seward. From their local bird aviary to their efforts to ensure that humans don’t bring rats to Alaskan islands where they are not native (and thus devastate native bird populations) to the effects the Exxon Valdez oil spill had (and still has) on native wildlife populations, the Alaska SeaLife Center has its view firmly centered on Alaska.

I was shocked to learn that as of 2014, some 21,000 gallons of oil from that 1989 spill still remains on beaches and that ExxonMobil fought the government’s claim for 92 million dollars for restoration for twenty five years, finally weaseling out of it in 2015 when the government dropped their claim. What they did to this area was appalling, they did just enough “clean up” so that people like me assumed it was taken care of and forgot about it, and then used their vast economic resources to litigate into infinity to avoid taking culpability. I’ve since read an article that claims that true cleanup and recovery is essentially a pipe dream–the oil remains in some form or another, the cleaned wildlife rarely goes on to live a healthy breeding life (many never breed again), and thus these companies must properly face the risk of spills with multi-billion dollar bonds up front. I’m in full agreement on that last point, and furthermore, I’m working to reduce my individual dependence on oil and fossil fuels. I’m as willing to watch these companies go extinct as they are to sit there and do nothing when oil from their tanker coats 40% of an endangered species’ remaining population. I hope to see their demise in my lifetime. If not now, when?