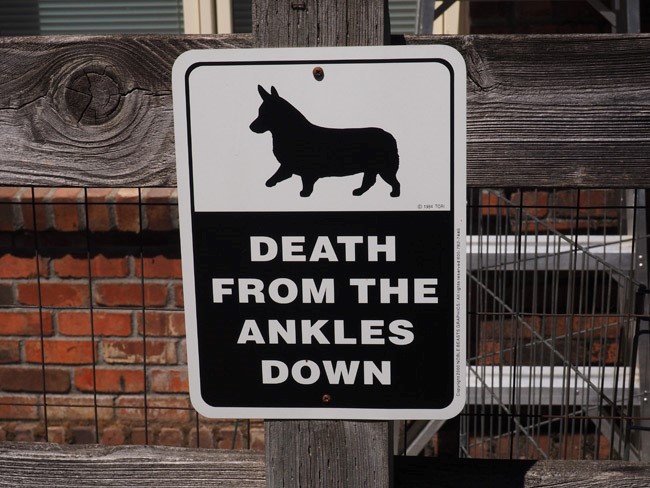 I feel about dogs the way many women feel about babies. If I see you on the street walking your dog, there is a 99.99% chance I am going to ask you if I can pet him, and a 100% chance that I will coo “Hi, puppy!” at him. I want you to tell me about your dog. Tell me his name. Tell me how old he is. Don’t bother scolding him for leaping up into my arms, that is exactly what I want, an opportunity to snuggle your dog. Are things getting weird? Have I descended into gibberish-talking foolishness and you’re starting to worry? Did you have places to go and (other) people to see? Sorry, I might be missing those social cues because I am too busy petting your dog and telling him that he’s such a good boy, yessums he is. I follow more dogs on instagram than I do people. My most commonly used emoji is the smiley face with heart eyes and this is because I love all of these dogs. I will only unfollow your dog if you use him to shill products that are bad for dogs, because the cuteness of dogs should only be used for good, not evil. Once, I was in a garden store looking at dog products and thinking about how much I like Samoyeds when the fluffiest Samoyed I’ve ever seen walked by and I got to pet him. I don’t know if I manifested him from wishing hard enough the way The Secret would have me believe, but I’m also not ruling it out, because one afternoon I spent a lot of time thinking about how much I like candy and a realtor dropped off a bag of candy on the doorstep of my rental house. Of course I will eat candy from strangers, look at me. Either way, what I am saying is that the afternoon I wished I had a Samoyed to pet and one magically appeared ranks as the best coincidence of my life.

Sometimes I feel a little guilty about how enthusiastic I get about other people’s dogs when it’s not like I don’t have a dog of my own. But then I remember that love is not a finite resource, and my little bean has it good, with mountains of toys, a bed in every room, super premium food, and more space on my own bed than I get for myself. Hence why I felt zero guilt snapping up tickets for the annual corgi picnic the second they became available, as I was not going to miss an opportunity to meet and play with up to 100 new corgi friends. After all, there is a reason that “corgi” ends with an “eee” sound, because that is the sound I make whenever I see one. This is Nala and Theo, corgi best friends. The pizza provided by the event hosts proved to be excellent corgi bait. This is Butters, mostly mild-mannered but occasionally turns into Professor Chaos at home. It was awesome. A dog tornado would roll through the yard, a few would break away for pets and tummy rubs, and then they’d get absorbed back into the group. Everywhere I looked, there was a corgi smile (or two! or ten!). What was surprising was how affable they generally were with one another, even in such large numbers–only a few dogs had to serve hard time in the dog jail pen.

The gracious event hosts are corgi breeders and enthusiasts, and they had a “reserved” pen of their most recent litter so they could become socialized under supervision. I got to hop into the cage and was swarmed by puppies, and it was basically a dream come true. My only regret was that there were no puppy party favors. Napoleon’s regret was not being invited–that, and not getting any pizza, either. Worst. masters. ever.

Nom or Vom: Break me off a piece of that kit kat pizza

3 Comments → Talk About a Puff Piece: The Corgi Picnic