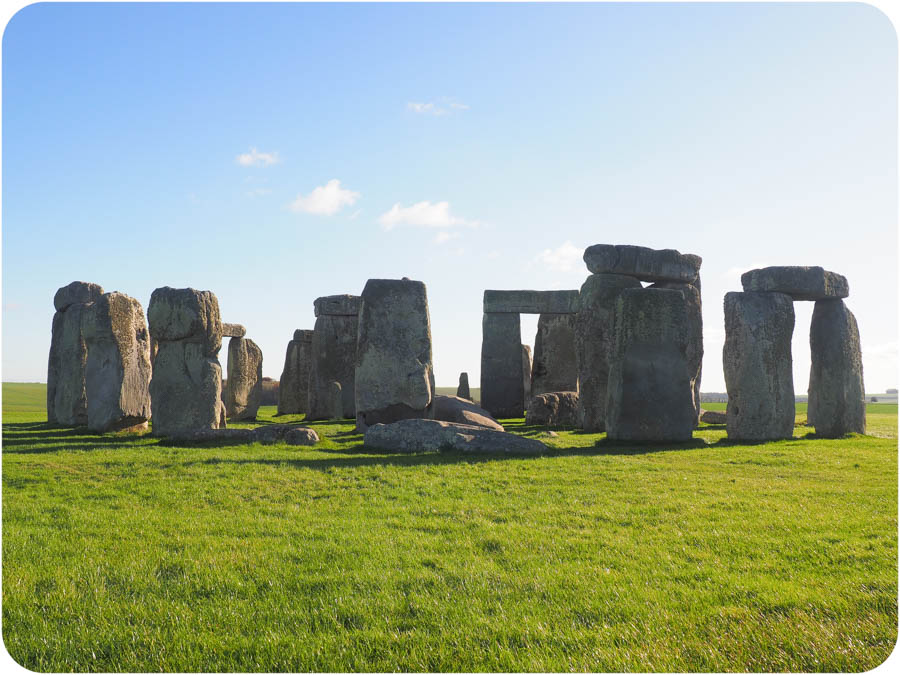 Nearly all the common knowledge we hold about Stonehenge is wrong. Built by druids? WRONG. Used for human sacrifices? WRONG. Looking at older legends, it was also not built by Merlin out of stones hauled from Africa by giants, nor was it built by the devil to confound humanity.

But we remain kind of confounded. Built by a culture with no written records, it’s clear that the site and stones are aligned to the sunset and sunrise of both the summer and winter solstice, though the significance of that is unknown. Radiocarbon dating suggests that the oldest components of Stonehenge are 5,000 years old, though numerous changes to the site have been made between 3100 BC and 1600 BC. The stones are all believed to have been dragged to the site, some from as far as 200 miles away, which makes the Sarsen stones seem positively local, having only been dragged a mere twenty five miles. The stones themselves have been discovered to clang at different frequencies which may mean, like the temples of ancient Greece, Stonehenge was made as a form of musical instrument. Excavations of barrows have revealed that in the Bronze age (which, in Europe, technically covers the entire period of Stonehenge’s construction, so it’s not exactly narrowing things down), it was used as a burial site. The “slaughter stone”, so named for the reddish water that collects in the depressions on its surface that was believed to be the blood of ancient victims seeping out, was not used for human sacrifices–not only is the water color attributed to iron in the stone, but the stone itself used to be standing and as such was a wholly unsuitable surface for your everyday sacrificial needs.

In the early 20th century, funds were raised to preserve the area and prevent modern construction from encroaching on Stonehenge. These lands are now managed by the National Trust and have reverted back to grasslands gently rolling out from the site in every direction. Up until the late 1970s, people were free to walk through, touch, and even climb upon the stones. The sheer number of visitors (some 600,000+ per year) treading among the stones killed all the grass, which was replaced with orange gravel, and the severe erosion of the land led to the closing off of the direct site to the public.  Visitors now walk on a path surrounding the structure, the sole exception being during the solstices, when they are opened for direct access for the religious use of modern pagans–neo-druids and the like.

You also can no longer drive directly up to the site–instead, everyone’s car and tour bus unload near the new visitor’s center, and everyone inside then jockeys for place in line for the site’s own shuttle buses up to the monument itself, two and a half miles away. It’s a distance that’s not unwalkable, but would have been challenging given the time constraints laid on us by the tour company, so we waited a little and crammed ourselves on a shuttle. Crammed is the correct word, if someone animated the scene, surely the shuttle would be bulging with various body parts pressed up against and flapping out of the windows. Almost immediately after the drop off site is the area where the path is closest to the monument, and is thus very crowded with people waving selfie sticks around, heedless of whom they strike. But as we walked around the monument, the people thinned out dramatically, making it much easier to take photos, contemplate history, and attempt to commune with ancient peoples. All too soon, it was time to hop on a shuttle back toward the visitor’s center, where we walked around recreations of neolithic houses and learned where these ancient peoples kept their extra gift shop wares. I didn’t feel compelled to check out the gift shop itself, because I don’t need a plastic replica of stonehenge in a snow globe (and I would venture to guess that no one does, but they were doing a brisk trade anyway). Of our three stops, this was the lunch stop, and we just barely had time to eat a scalding hot pasty and visit the restroom before we had to get on the bus…and wait another twenty minutes for a different group of stragglers to arrive.

After they finally showed up, the tour guide reminded them that they should have been back earlier, and that this lateness was really going to cut into our time at Oxford. The reply? “You didn’t say anything to the late people last time, so you can just stop talking.” I think the entire rest of the bus muffled their collective gasp. I could have cut the tension with an authentic Stonehenge knife™ if only I’d deigned to visit the gift shop. Why, oh, why did I not visit the gift shop? This person did have a point–if you’re going to have rules, they should be enforced fairly. However, it’s really cruddy to see someone else’s bad behavior and use it to justify your own. The guide, to her credit, rose above and thus the start of our trip to Oxford was only a little awkward.

It’s cold and there are wolves after me: The Manitou Cliff Dwellings