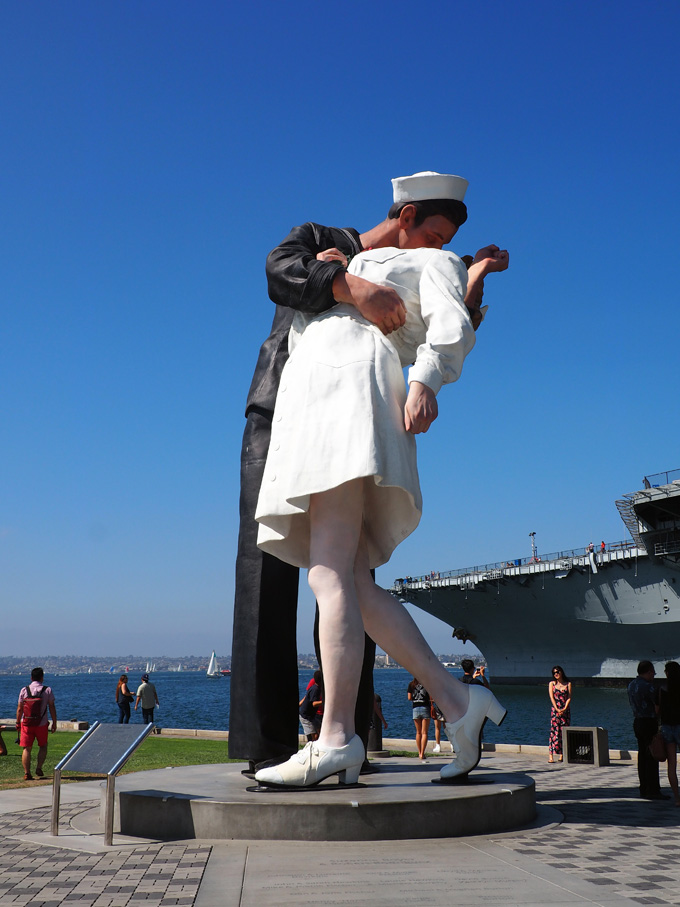 As with other giant public art statues, there’s no pleasing everyone. Unconditional Surrender, a statue recreating the famous Life magazine 1945 WWII photograph, was placed in San Diego in 2007 as a temporary loan, which was set to expire in 2012. Critics called it an eyesore and a waste of money, so it probably really burned their buttons when the Midway aircraft carrier museum next door raised $600,000 for an exact painted bronze permanent replica to replace the fiberglass one that was leaving. I know you’re wondering, so FYI, I did manage to resist the urge to peek up the giant nurse’s skirt, because I am not a total animal. I even managed to resist a photo op that made it look as though I were being crushed below her heel. Honestly, I don’t even know who I am anymore.