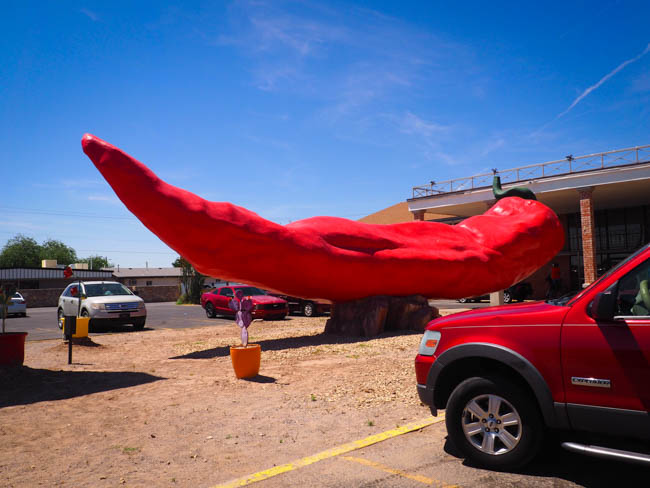 This 47 foot beast of a chile is planted squarely in front of the Big Chile Inn in Las Cruces. As recently as 2015, there was a wall around the chile and a donation required to get up close, but the chile has since been freed to all comers (#freethechile). Which is just as well, because frankly, a chile just doesn’t seem as grand if it can be contained by mere walls. Weighing in at 5,000 pounds, this chile contains enough concrete capsaicin to take down a t-rex on taco tuesday. And yes, I do want you to say the last part of that sentence three times fast.