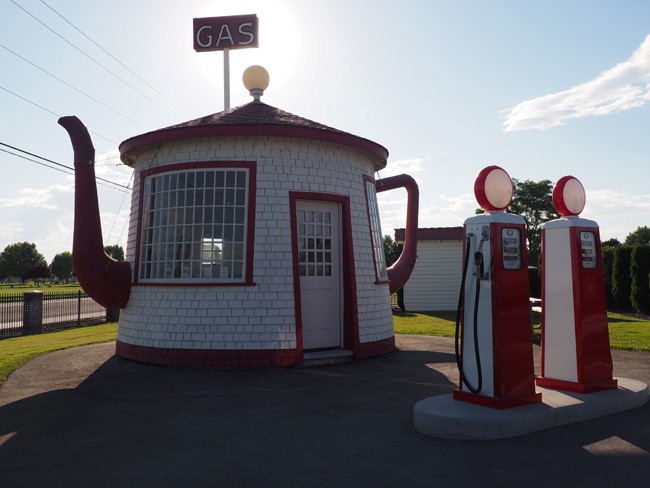 In the 1920s, the nation was, well, scandalized by the Teapot Dome Scandal, when the government leased United States oil reserves to private oil companies at low rates without competitive bidding. This being before the age of internet petitions and just yelling in the comments section all day long, citizens had to demonstrate their discontent in other ways. Richard Thomas of Zillah felt that the best way to cry out “Not MY President” was to build a gas station in the shape of a teapot. No longer in service (and in fact, the oil field in question was sold this year), the teapot dome itself has been restored and is a constant reminder that the government is probably up to something that’s not in your best interests. It’s now on the national register of historic places and remains a fine example of American pop architecture.

Spotted on the Roadside: The Church of God-Zillah

Spotted on the Roadside: A World Champion Cow in Carnation, WA