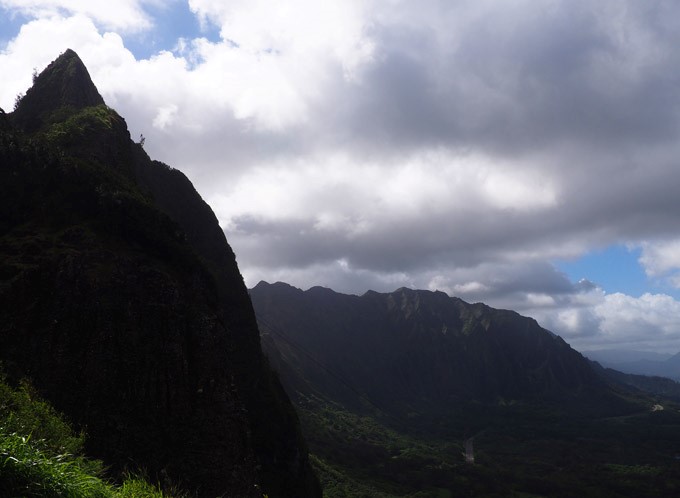 Not merely a breathtaking view, the Pali Lookout (or Nuʻuanu Pali) is an important historical site. Kamehameha I, later known as Kamehameha the Great, conquered the island of Oahu at this site in the late 1700s in one of the bloodiest battles in Hawaiian history. Referred to as the Battle of Nu’uanu, it also came to be known as Kaleleka’anae, or the leaping of the ‘anae fish, in reference to the nearly 400 warriors who were forced off the cliff during the conflict to their deaths, 1,000 feet below. Kamehameha I later went on to unite all of the Hawaiian islands under his rule in 1810, becoming the first king of Hawai’i. It’s also home to winds so strong it blew someone’s underwear straight off. Spotted on the Pali highway in Oahu, HI

Spotted on the Roadside: Mmmm, macamadamias