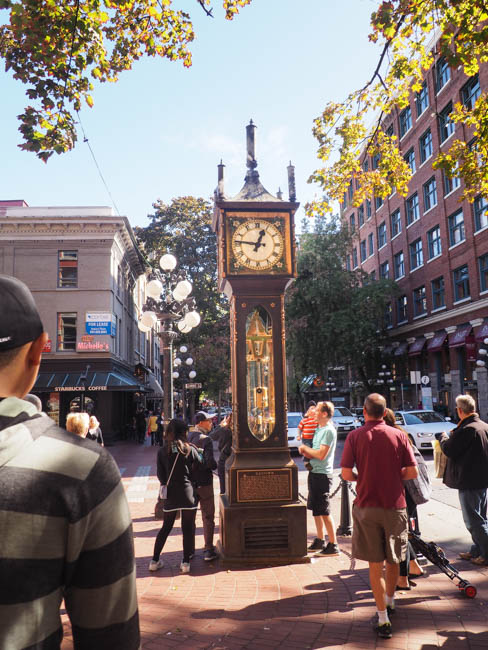 Lose track of your steampunk friends somewhere in Vancouver? You’ll probably find them in Gastown, pointing their goggles at the steam clock and talking about zeppelins. This popular tourist landmark was built to cover a steam vent so no one could sleep on it–not all cities have the giant brass balls it must take to turn their anti homeless measures into destinations for tourism. I don’t expect to see flyers directing me to the best spiked sidewalks in London, for instance.  You’ll note they didn’t put their less-savory reasoning for installing the clock on the plaque, and it may disappoint your steampunk friends to find out that the clock was built and installed in 1977 so it’s not exactly ‘victorian’. Buuut there’s a steam-y bar down the street where they can drown their sorrows in some brews and, uh, talk about zeppelins–just, for the love of god, don’t order anything mid-rare.

Spotted on Water St in Vancouver, BC