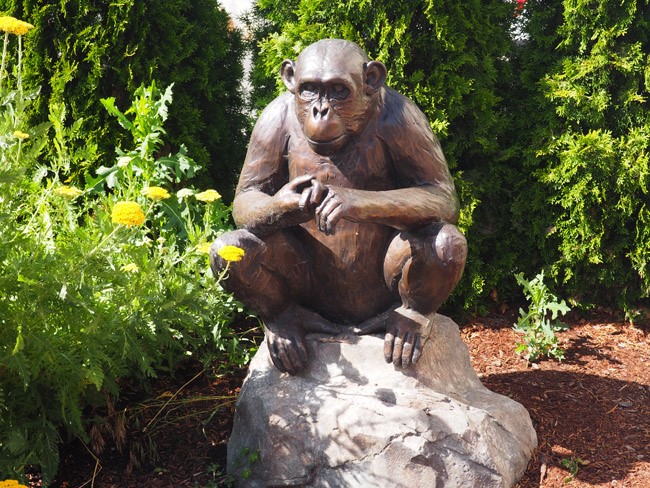 Washoe the chimp was born in 1965 and raised in Reno, NV. From infancy until age five, she was only spoken to via sign language, which she quickly learned and began to use. In 1980, Washoe and her signing family moved to Ellensburg; for the next twenty years, she would be part of weekly “Chimposiums” given at Central Washington University which educated the public about chimp language abilities. When she died in 2007 at age 42, messages of sympathy arrived from around the globe, even getting a mention in The New York Times. Not only had she broken the language barrier, but she’d done so as part of a project that was dedicated to proving that animal research could be conducted with kindness and respect, which was a huge step forward.  In 2012, this park in downtown Ellensburg was dedicated to Washoe, along with a statue in her likeness, signing “friends”.

Spotted on the Roadside: With the what, now?