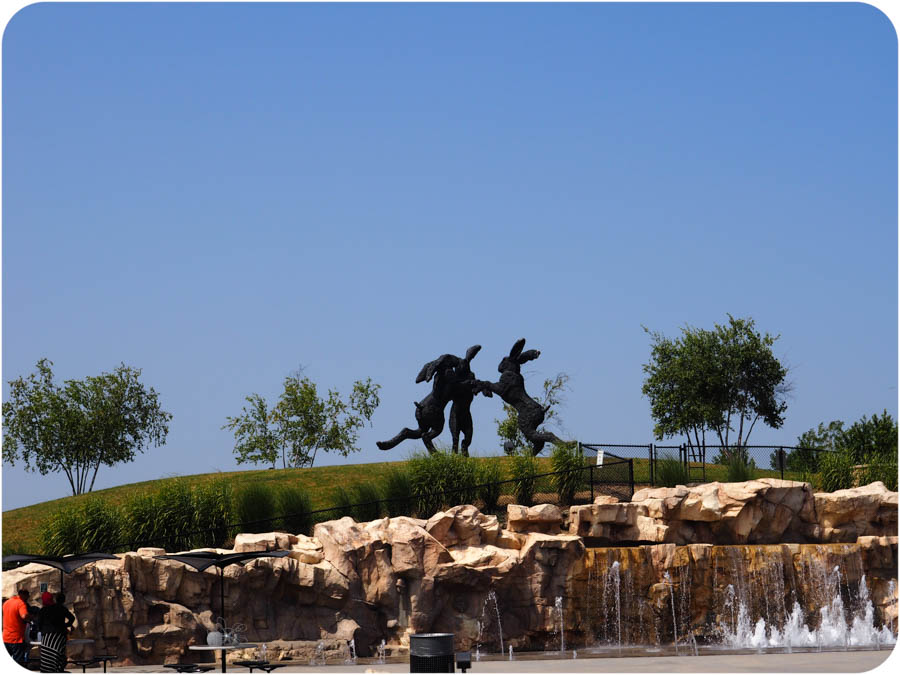 Commissioned by Peter Edwards, “Dancing Hares” was created by London artist Sophie Ryder in 2001; she was inspired by the courtship rituals of hares, in which they stand erect and “box” one another. Originally exhibited at The Hague, the rabbits were later shipped to Dublin and installed in a park for the public to admire as they frolic similarly in the dancing waters of the fountain below. On closer inspection, all of the hares are embedded with dozens (hundreds?) of ordinary objects–coins, toys, tools, and a number of things I couldn’t begin to identify.

Pro tip: After you’re done admiring the art, roll down the grassy hill upon which these hares eternally battle…because why not?

Spotted on the Roadside: Paul Bunyan in Portland, OR

Spotted on the Roadside: AutoEater