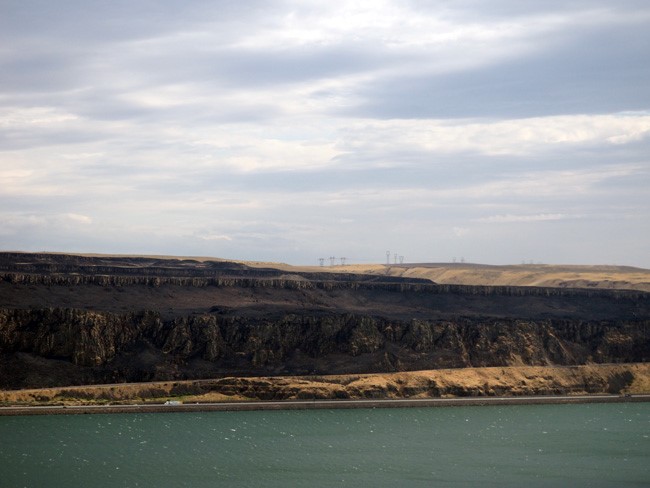 Who the fuck builds a stonehenge? Two Stone Age-guys wondering what to do who just said: “Dude, let’s build a henge or two!”

We do know who the fuck built this Stonehenge, and it wasn’t exactly a stone age guy. Sam Hill (1857-1931) was a pacific northwest businessman with a lot of klout in the area. He’s known for two large monument in Washington: the Peace Arch at the Washington/Canadian border, which was dedicated in 1921, and the town of Maryhill, named after his wife and upon which he dedicated this replica of Stonehenge in 1918. He was inspired by the supposed druidic sacrifices on the central altar of the prehistoric Stonehenge and built this replica as a memorial to the local soldiers who died in World War I, to remind the populace that human life is continually sacrificed to the god of war. Rather than replicate Stonehenge precisely, dragging large stones from the surrounding hillsides, he built his stonehenge from concrete blocks, its altar aligned with the sunrise of the summer solstice.

There are a number of huge burned out patches near the site, and a sign warns visitors to make use of their car ashtray rather than discarding them on the ground. The area knows a thing or two about fire–the original Maryhill buildings all burned down shortly after construction, much like the ill-fated nearby town of Shaniko.

4 Comments → Spotted on the Roadside: Stonehenge Maryhill, where the dew drops cry and the cats meow