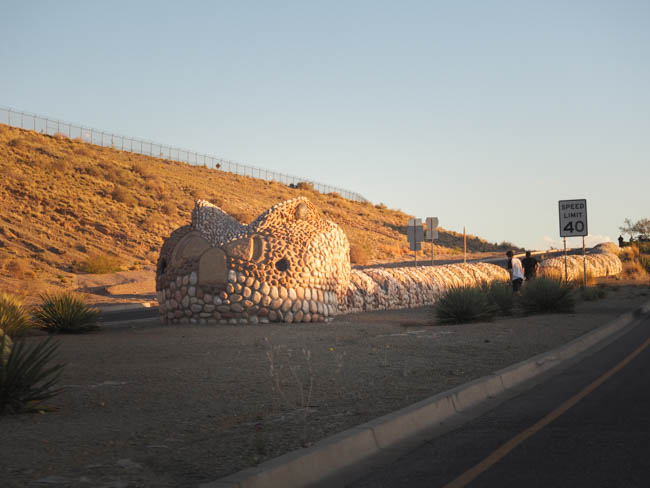 Or, rather, TWO handsome rattlesnakes as they bookend University Boulevard. Although a rattlesnake in Freer, Texas boasts the title of “largest rattlesnake in the world”, I think these two give it a run for its money. Caution: there is NO good place to pull over to get a closer look at these snakes, as there’s a high curb on both sides of the road and very little shoulder to speak of. The people you see wandering around it in the photo stopped their car in the middle of the road, which I wholeheartedly do *not* recommend, no matter how much you might want to ride a giant rattlesnake. And believe me, I wanted to.