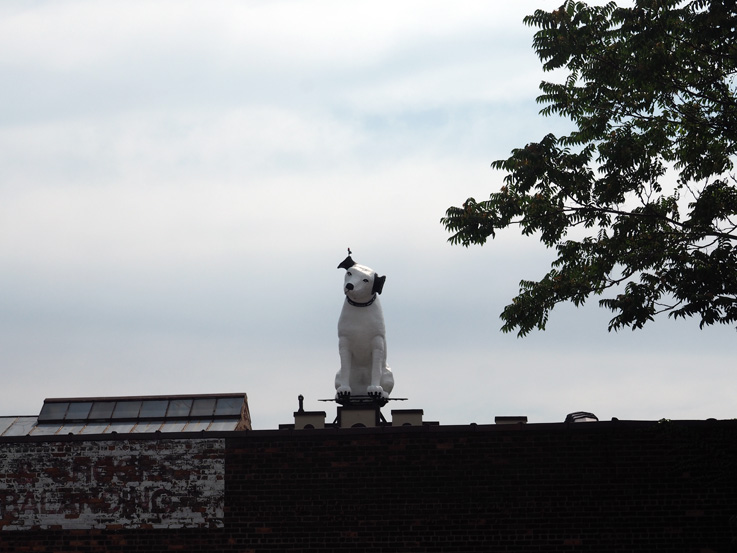 Unquestionably the cutest part of the Albany skyline, Nipper the RCA dog is perched on what used to be the tallest building in Albany, thus requiring him to have an aircraft beacon attached to his ear (now a light fixture). Weighing in at four tons, Nipper looms over the street, listening for the sound of his master’s voice. Let’s hope an ionic disturbance doesn’t bring him to life, though: the real Nipper was named after his tendency to nip the backs of visitors’ legs.

Spotted on Broadway in Albany, NY.