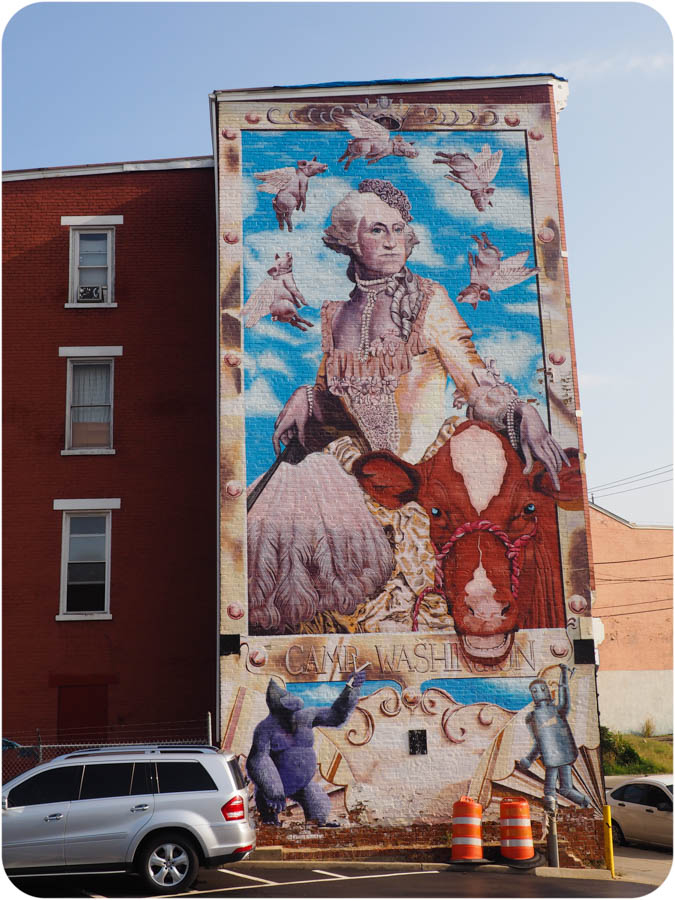 Cincinnati is FULL of murals celebrating the neighborhoods and notable residents they’ve had throughout the years–a public arts campaign began in 2007 and has continued through 2017, culminating in more than 100 murals that place art into residents’ daily lives.  Obviously my favorite was the toy mural, which could have easily been called “80s child nostalgia”.  I can almost smell those barely lightbulb warmed treats now.

Cincinnati Eats: Famous Chili and the Best Pie in Ohio