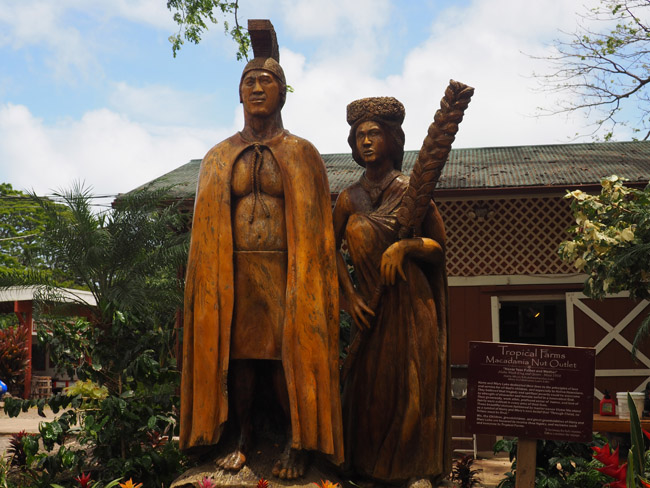 “Free macadamias? I’m going to eat macadamia nuts until I barf!” I announced to my long-suffering husband. Or at least I was going to do my damndest to try. Look, they had an entire bin of free raw macadamias and the only rule was that you couldn’t fill a bag to take home. As it turns out, eating macadamia nuts until you hurl macadamia marzipan is a lot more difficult when you have to crack them open yourself, owing to each nut having not one, but two shells that have to be removed. My hands went numb from the impact of smashing them with the provided rock after only opening a few nuts.

The only other request was that guests not feed the chickens and other birds that were milling around the stumps, looking for macadamia scraps, which was almost impossible to avoid since occasionally we’d underestimate our own strength, Hulk out, and send bits of macadamia flying everywhere. And there was that one time that my rock failed to smash the nut, instead sending it flying off the stump to strike a nearby chicken in the neck. Let that be a lesson to the rest of you…nuts.