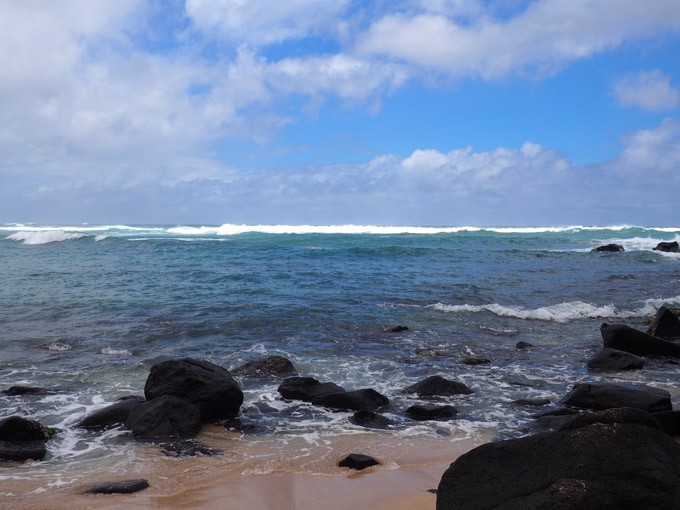 Hawaiian green sea turtles hang out all around Oahu, but they seem particularly drawn to Laniakea beach on Oahu’s north shore. Even if there aren’t any on the beach itself, if you look out into the water, you can often see an adorable little face pop up. On the day I went, I saw several bobbing around, doing their turtle business. One eventually slowly, ponderously, dragged itself ashore. I swear I could hear it groaning in effort, inching its way farther inland. To protect the turtles, some awesome volunteers hang out near the beach every day, answering questions and making certain that people stay a safe distance from them so they don’t feel harassed. Spotted on Kamehameha Hwy just outside Hale’iwa, HI. If you go, make sure to park on Kamehameha–there’s a side road that’s a little closer, but it’s private.

Spotted on the Roadside: The Pali Lookout