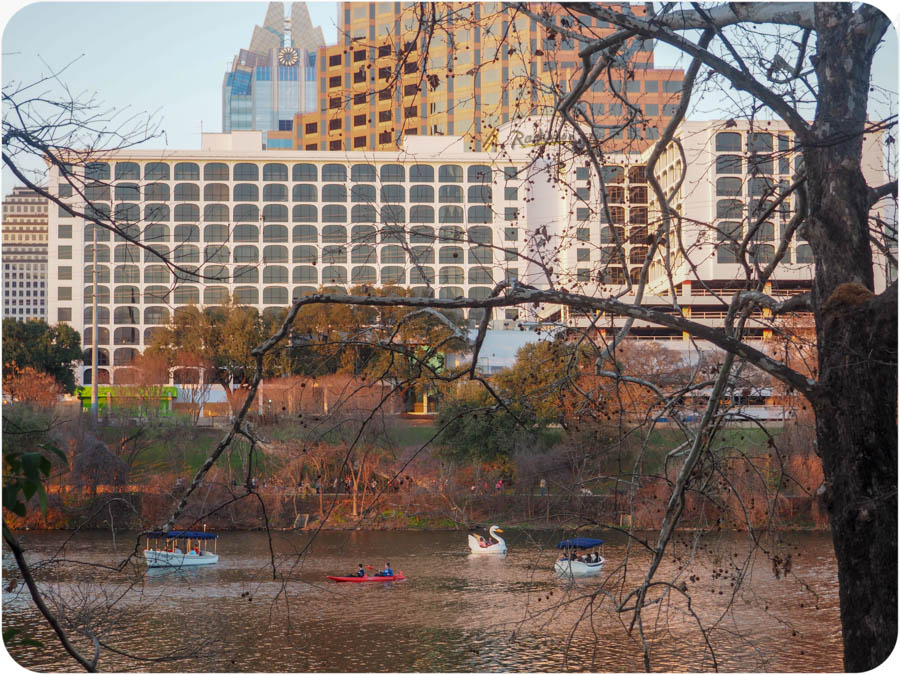 Before dusk, crowds start to gather on the Congress Avenue Bridge overlooking the Colorado River and the lawn in front of the Austin American-Statesman. On the day I visited, there were people holding up a giant white cross on the bridge itself, so I elected to go to the park instead. The park immediately felt like the right choice as I chatted with people and pet their dogs. Out on the river itself were a number of swan boats, canoes, kayaks, and even a party boat, all there to watch the bats. When I visited in March, it was early in the season, but still thousands of bats streamed out from the bridge, all hunting for dinner. Or is it breakfast? I bet they go to a diner so they don’t have to decide between eggs or a meatloaf sandwich. Over the course of the evening, as they become satiated, they’ll return back to their spot under the bridge as individuals.

The truth is you do have to experience it to understand just how many bats live there, but I didn’t choose to post no bat photos to force you to go see it for yourself. I have no bat photos to post because every “bat photo” I took was an indistinguishable grey blur against a white background interspersed with like a thousand branches. These photos look like an x-ray of a nightmare.