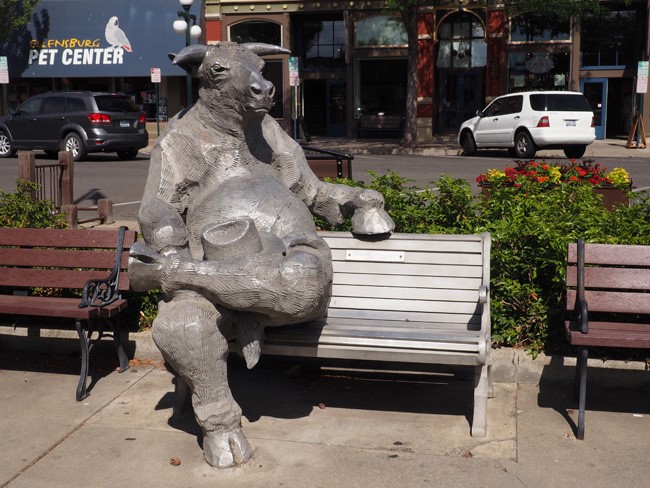 In Ellensburg, there’s a statue celebrating the town’s cattle ranching and frontier history originally titled “Cowboy”…and what a boy he is, with his, uh, tail dangling between his legs just so, inviting you to sit next to him on the bench. Still in the building stages, people were offended by the name, people were offended by the potential schlong, there was presumably some shrieking of “Won’t somebody please think of the children?”, and ultimately the name was changed to “The Bull” before being cast and erected in 1986. Heh…erected.

Spotted on the Roadside: The 16th President Multi-Tasking