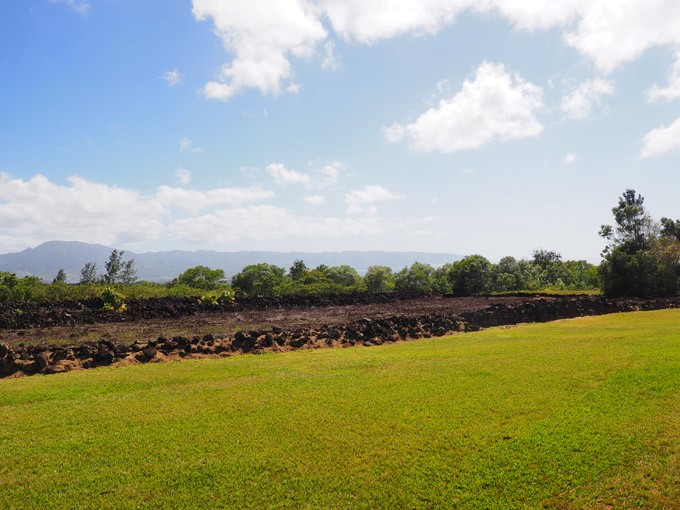 A surprisingly short distance from the tourist gear rental shops and the Pupukea grocery store is one of the most sacred sites on Oahu. If you drive up the twisting, one car-width road, you’ll find Pu’u O Mahuka Heiau (“Hill of Escape”)–what remains of a large temple. It’s remarkably well-preserved for a structure so old, and signs indicate the area that may have served as a central altar. It’s said that this place is one of two on Oahu where the wives of ancient chiefs gave birth, and the gods were also honored here with sacrifices and offerings for success in war.  What did not happen at this temple were burials: it was believed that bones contained great power which would be bestowed on the possessor. It’s for this reason that the ancient chiefs were buried in secret spots on the mountain.

Leading from the temple is a short, easy path that leads you to a beautiful view of Waimea Bay–so easy, it can be done in slippers. Along the path, you’ll see a number of lava rocks wrapped in ti leaves–resist the urge to do it yourself, and enjoy the scenery instead.