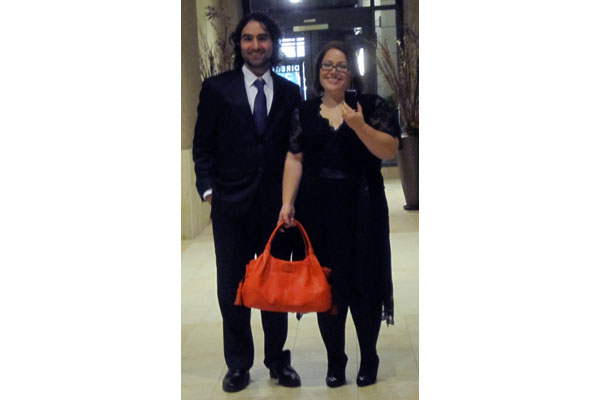 I’ve long suspected that there is an evil puppeteer pulling strings in my brain behind the scenes, working to make certain aspects of my life as miserable as possible. Getting sick when it’s least convenient? Evil puppeteer. Low self-esteem thoughts just before having to do some manner of public speaking engagement? Evil puppeteer. However, the field in which it performs its best (worst) work is ladybusiness.

I first began to suspect the presence of the evil puppeteer in the summer of 2000. I had just graduated from high school, and my family had moved across the country three weeks before I was scheduled to fly overseas for a year. After a lot of “never going to forget you” melodramatic teenage sex in Wisconsin, in California I realized that my period was late. Very late. And there I was, trapped in my grandparents’ home with no social network to speak of, parents who didn’t know I was sexually active, no way to get my hands on a pregnancy test, and no way to privately take one if I HAD managed to get one. I left for Taiwan, fully convinced that I’d be bringing home my parents’ three-month-old grandchild by the time I returned. The day after I arrived in Taipei, I got my period, and had to pantomime to my new host parents that I needed tampons. There’s really nothing like bridging a culture gap by sticking an imaginary plug in one’s vagina in front of people you’ve known for less than twelve hours, especially when you barely know the word for “hello” and the people in question may suspect that you’re looking for male companionship instead of sanitary products. I concluded there was some sort of evil presence in my brain, trying to mess with me as much as possible, though I was relieved about the whole not being knocked up thing.

The evil puppeteer (let’s call him Balthazar) has been messing with me more lately. Sensing that one of his final ladybusiness opportunities was coming in August, Balthazar yet again convinced me that I was pregnant, days before my operation, sending Jason out to the store to buy pregnancy tests while I cried and chugged water at home. When the test came up negative, I cried some more relieved tears and then immediately started my period. At least no pantomime was involved this time.

Since I’ve had my tubes tied, I thought Balthazar would have less power over me, but so far this does not seem to be the case. If things were proceeding on schedule, I was supposed to get my period just in time to ruin our Halloween Horror nights trip to Los Angeles…and it seemed like it was going to start, but then stopped suddenly. Tubal pregnancies aren’t entirely unheard of, so I took a pregnancy test when we got home: negative. Balthazar had evidently decided that wasn’t the event he wanted to ruin. Instead he was shooting for the next weekend, Carrie’s wedding, in which I was set to be a bloated bridesmaid. Things ramped up, but when her wedding got canceled, they stopped. I took another pregnancy test: negative. Balthazar then could have taken the easy way and tried to ruin Halloween weekend, but in his evil wisdom, he realized that if he held off for just one more week, he could wreak even more havoc: he could ruin our one year anniversary. So, sure enough, three weeks late and the day before our anniversary, he threw the gears in motion and unleashed the worst period I’ve had in years. Cramps so painful I could hardly breathe without moaning, so bad I couldn’t sleep, so bad I had to keep a heating pad strapped to me at all times. The day of our anniversary, I was determined to get dressed up and enjoy the fancy dinner we’d been planning on having, so I tried to kill the cramp pain with some of the pain pills I had leftover from my surgery. While they didn’t take away the pain, they did make me nauseated, leaving me dry heaving and crying over the toilet an hour before we were supposed to leave, weeping that I still wanted to get dressed up and go because it wouldn’t be the same if we celebrated on any other day. So we did get dressed up and went to dinner at John Howie Steakhouse. I was only able to have a few bites of everything since Balthazar clenched my stomach every time I took a bite of anything, but I can tell you that tempura fried bacon is amazing, lobster mashed potatoes are equally so, and the only way I can explain why my steak was so tender was that the cow it came from must had died of happiness. I wasn’t feeling up to having any dessert, but the waiter insisted and sent us home with some meyer lemon pie and chocolate truffles, since he felt we could not properly celebrate an anniversary without it. Even the leftovers the next day were amazing.