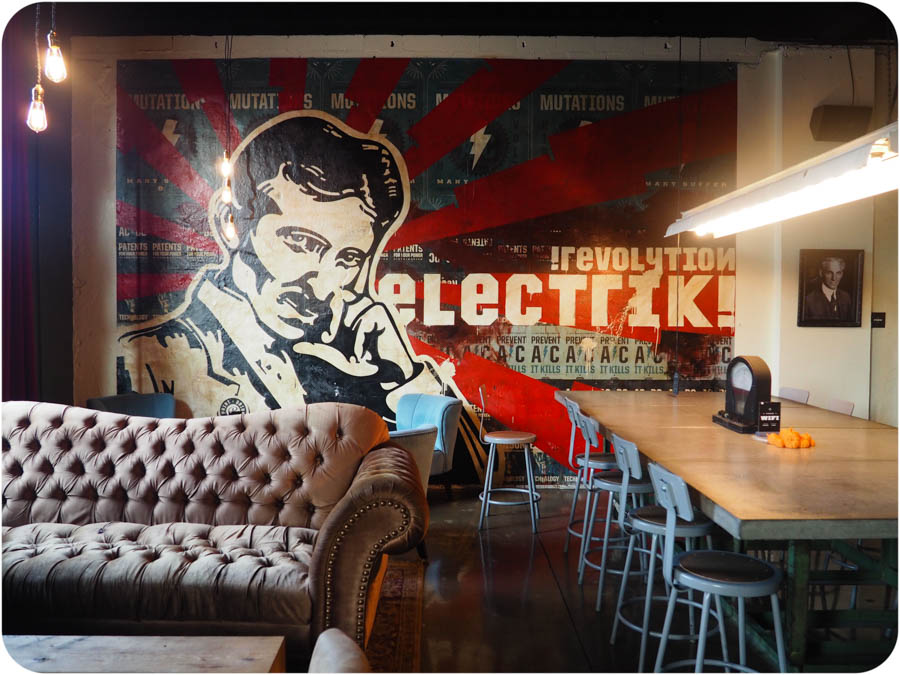 I was lured into Proto Build Bar by the promise of the world’s largest claw machine, almost as if I had been grabbed by a larger, invisible claw through the internet that took a month or so to reel me in. I wasn’t quite sure what else to expect as the details I saw were sparse, and I assumed that it was something relegated to the back of a dim dive bar, much in the same way the glory of the midwest’s largest urinal was forgotten. If I had done even a little bit of my own research beforehand, I would have seen that was not the case, but I generally prefer to look upon a place with fresh eyes. At least that’s my excuse.

Regardless, Proto Build Bar was nothing like I expected: it was much better. They’re proud of their giant claw machine, they make a killer cup of coffee, and with enough time there, they could probably help you make anything else you can conceive with their array of 3d printers and electrical tools. I need more torchwork in my home barista-ry. We made haste to the claw machine, which was as gargantuan as promised. I especially appreciated that the controller was also huge, which made it feel like I was playing a machine for giants that humans had acquired somehow. Each of us played once and each of us won once, and then we promptly gave our winnings away as a large bouncy ball isn’t the most convenient thing to try and take on a plane–or ship, for that matter. The point of the visit was to play, not necessarily to win. The game I did want to win was their custom built Edison vs Tesla: War of Currents arcade game, and this, friends, is not because I’m overly competitive (though I am, ask me about the time I almost gave myself frostbite because I wanted to win something more than common sense would allow) but because the loser gets shocked. Electrically. Talk about a punishing learning curve! Until the first shock happened, I still didn’t really believe that the game would zap you. After it happened, I really, really didn’t want to lose.

All in all, Proto Build Bar is super cool, and if I lived in the area, I’d be in there all the time. Far, far away from the arcade game.