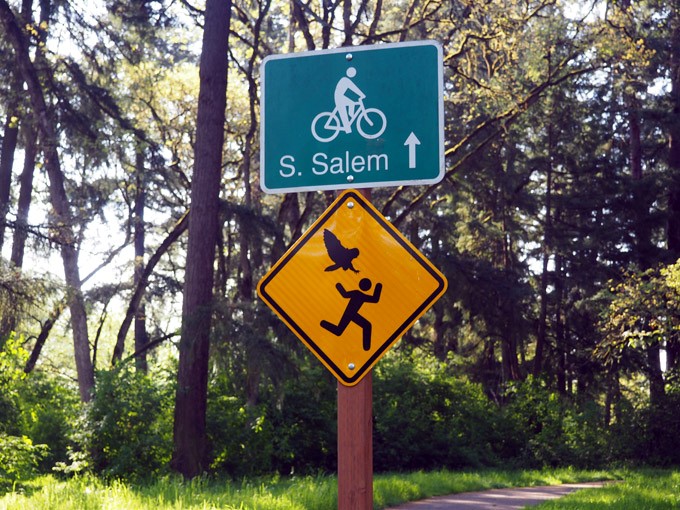 Bush’s Pasture Park in Salem, Oregon, has an owl problem. Namely, an owl that likes to swoop down on unsuspecting people and scare the bejesus out of them while stealing their hats. “Owlcapone” has struck at least four park visitors, and Rachel Maddow suggested that the only way to get visitors to take the owl warning seriously is to place yellow “raptor attack” signs throughout the park. The city of Salem agreed and there are now at least twenty signs posted to warn visitors that an owl could be lurking anywhere up in the trees above, waiting to strike. People probably do take it more seriously now. Just not me.