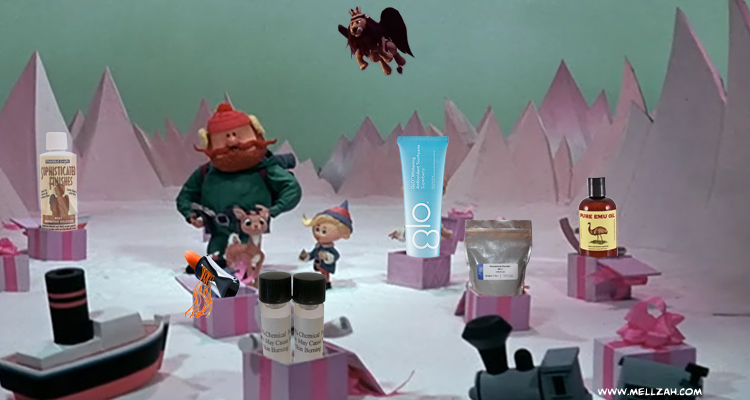 When I was a kid, you could have asked me what I wanted for Christmas at any time during the year and I would have been able to provide you with an exacting list with annotations and illustrations, along with more information than you ever cared to know about why this new My Little Pony was superior in every way to the bin of My Little Ponies already in my closet: “This one changes color in the sun and smells like strawberries, duh!” I was ALWAYS ready to tell anyone at any time what would have made me happiest in the moment, even if the desire was impractical or fleeting. (Seriously, a unicycle? I was barely able to master two wheels and I wanted to cut that number in half?). As an adult, I dread the question.

It’s not that I don’t want things; if anything else, moving house recently taught me that I maybe like things a little too much. But I’ll generally buy the things I really want/need for myself unless they’re wildly expensive/impractical, which means I certainly couldn’t ask others for them. This doesn’t make buying a gift for me a Herculean task, however–I have a wide variety of interests, I’m thrilled by the unexpected and ridiculous, and, like I said before, I like stuff. I just don’t want to give an exacting list of things that I might like to anyone: for me, the biggest component of a gift is being seen by the giver, knowing that they put some thought and effort into choosing something just for me. Anyone can buy off of a list.

Lately, if I see something that I might like or need at some point down the line, I’ve been adding it to my amazon wishlist. Sometimes I’ll revisit the list and order something, most often I revisit the list, say “What was I thinking?” and delete ten things.  It’s full of “miracle” hair products, stuff that I might need for future costumes, and various doodads that I’ll read about and want to consider trying later.

This year, I finished with Jason’s Christmas shopping early–almost before Thanksgiving. Jason, in turn, noted that he needed to get cracking, and a few days later, a bunch of packages arrived from Amazon. “I hope he hasn’t been buying stuff from my wishlist” I thought. A few days later, a package from  Alpha Chemicals arrived that left no doubt in my mind: Jason was buying all of my Christmas presents from the aforementioned “I’m not sure I actually want, need, or could ever use this” list.

I had two choices: Say something and ruin Christmas, or say nothing and ruin Christmas. As I work from home and don’t get a lot of human interaction during the day, not talking about it proved to be too difficult, so I went ahead and ruined Christmas the bigmouth way. After a solid argument about why I was being intentionally difficult in not giving a list, and misleading in that I maintained a list full of things I didn’t actually want, we came to a mutual understanding about why surprises are important to me and what makes Christmas fun.

Last night, Jason went to wrap some gifts and came upstairs with an ornament of King Moonracer and told me he was going to make a diorama of “the island of unwanted christmas gifts” but thought it might be too mean. I probably deserve it, so I decided to run with it. We’re on the island of misfit gifts

Here, we don’t want to stay

We want to travel with Santa Claus

In his magic sleigh

A packful of toys means a sackful of joys

A bottle of emu oil is here to say

“Wake up, I’ll help make your stretch marks go away!”

It won’t set the heart aflutter

It just says “Hey, make me some dinner!”

A new toy for Jason, toothpaste for you

The kind that even does some whitening, too.

The most wonderful day of the year.

“How would you like to be two pounds of aluminum powder?”

“Or a TCA chemical peel that may or may not remove tattoos?”

If we’re on the island of unwanted gifts

We’ll miss all the fun when Mellzah throws a fit

When Christmas day is here

I AM KING UNDER THE MOUNTAIN!