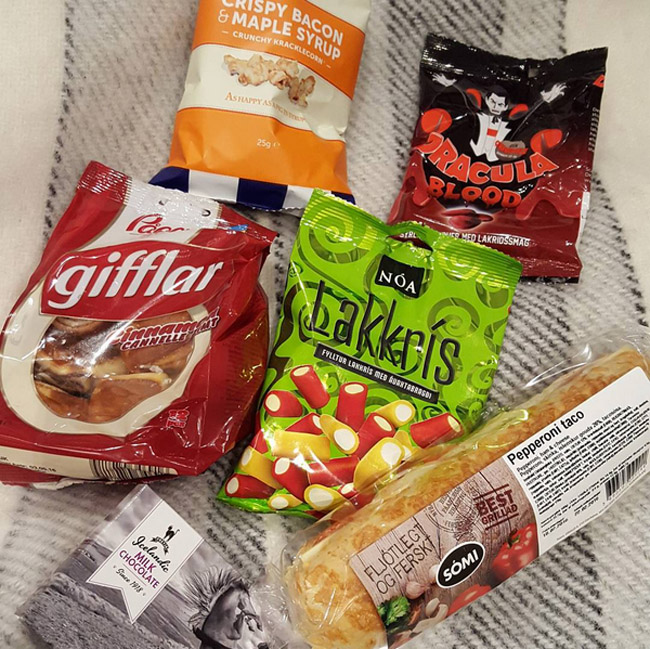 One of the things in Iceland I was most hopeful I’d see was the northern lights. The flight and hotel package included a northern lights tour courtesy Reykjavik Excusions, which was smartly booked for the evening of my arrival–I say smartly because if you are unlucky in your evening’s attempt, the tour company will take you out again and again at no additional charge until you’re successful or you run out of time. Even so, I tried my best not to have my hopes too high: there’s no guarantee that the weather and the lights will cooperate, and if I made it the focus of my trip, the big bucket list experience I was dying to have, I knew I was setting myself up for disappointment…and who the heck wants to have a big trip framed by disappointment? Thus, I kept in mind that having the best time in Iceland that I could was the focus, and the lights, if I saw them, would be a nice bonus.

Before my tour, I had a little time to check in to my hotel and get settled, post horseback ride. Given that I was so exhausted from the flight, I elected to use a little of that time to try and take a nap, saving a couple of hours before the tour bus picked me up to go eat dinner. This short time window was when I learned something important about Reykjavik: if you don’t have dinner reservations, you aren’t getting in anywhere, even mid-week. I tried no fewer than four restaurants and was turned away from them all. My hunger grew larger as my time grew shorter, and ultimately, I had to buy dinner from the Icelandic equivalent of 7/11, 10-11. My healthy purchases included a sandwich called a “pepperoni taco”, a bag of mini cinnamon rolls, bacon maple syrup popcorn, and a couple of kinds of candy I’d never seen before, including one called “Dracula Blood”, which was easily one of the worst things I’ve ever eaten (and just let me remind you that I’ve eaten salsa stuffed with mealworms and a centipede flavored jellybean). Dracula Blood tastes of salty pennies and licorice, and just when I’d gotten past the salty penny coating to the more pleasing licorice part, I discovered it was filled with salty penny gunk as well. One pastille was more than enough, regardless of the recommended serving size. With dinner down the hatch, I made my way to the lobby to wait for the bus. So far, Iceland hadn’t been as cold as I’d been anticipating, so I elected not to wear my outermost snow pants. They were a little snug in the gut region (it couldn’t be all that candy for dinner, could it?)  and I’d already managed to break the zipper once, because I’d bought the cheapest possible pair online. Why spend the evening worrying about whether or not my long undies were showing through my fly when I could be in relative comfort without them? This was a decision I almost immediately regretted when I stepped off the bus into a snowdrift that went up to my knees, soaking my pants.

The cold was unbelievable. I have no doubt that I’ve been spoiled (weakened) by mild Washington and California winters; I’m no longer the same Wisconsin kid who could wait for the bus in sub zero temperatures wearing only a hoodie, the kid who looked cool* but didn’t feel cold. Lately, I shiver when the temperature in the house is a balmy sixty-five, and my poor husband has to tolerate the icebergs, formally known as human feet, that I plant on him under the sheets every night. I have never implied that being married to me is a treat, so if you ever found yourself thinking “Oh wow, Mellzah is so cool and wonderful and beautiful, I only wish she had a clone that I could make my bride,” you should know that you’d be signing up for a lifetime of tantrums and torture.

I’d brought along a few packets of hand and foot warmers, which barely made a dent in the bone-chilling cold. At first, I stuffed my hands in my pockets, but eventually, I pulled my arms out of my jacket sleeves and kept them pressed against my torso in the hopes that they would not need to be chopped off later due to frostbite. My feet, tucked inside waterproof boots and thick socks, went numb almost immediately. The icy wind bit at my cheeks as I stared futilely at the sky. I didn’t know what I hoped for more–the aurora borealis in the sky or the warmth you’re supposed to feel when you’re close to freezing to death. After thirty minutes or possibly much less (time has a way of stretching when one is in misery), I’d had enough and trudged back to my bus to await the trip back to the hotel.

The tour group, however, was not ready to call it quits, possibly because they’d reached bus capacity. The bus that picked up tourists from our hotel and several others met up with something like twelve other buses before we headed out, and if we went back before seeing the northern lights, that’s twelve busloads of people who would potentially be back the next night demanding a free second outing…in addition to any new bookings. With the limits of their bus fleet in mind, we trekked on to a different spot while I tried to rub feeling back into my toes. It was there that we got lucky. Our tour bus driver said that the aurora we saw that night was the best we could hope to see under the circumstances–those circumstances being that we were only four days away from a full moon, and the sky being so brightened by the reflected light not making for ideal viewing conditions, which, come to think of it, is probably why the week I booked the trip was significantly less expensive than one a week earlier or two weeks later.

I made my way off the bus, up an ice-slicked hill, looked up at the sky, and saw what I can only describe as a dirty gray smear that may or may not have been moving, and if someone hadn’t told me it was the aurora, I would have assumed it was an unremarkable cloud. It was certainly not the spectacle of dancing green lights I had come to expect from years of looking at photographs of the aurora, and even with my “anything you see is a bonus” mindset, I couldn’t help but feel a little disappointment. Cameras, however, can capture things that would otherwise be invisible to the human eye, and sometimes, post processing reveals things one didn’t notice at the time. *I was never cool.

6 Comments → Hunting for the Aurora Borealis in Iceland