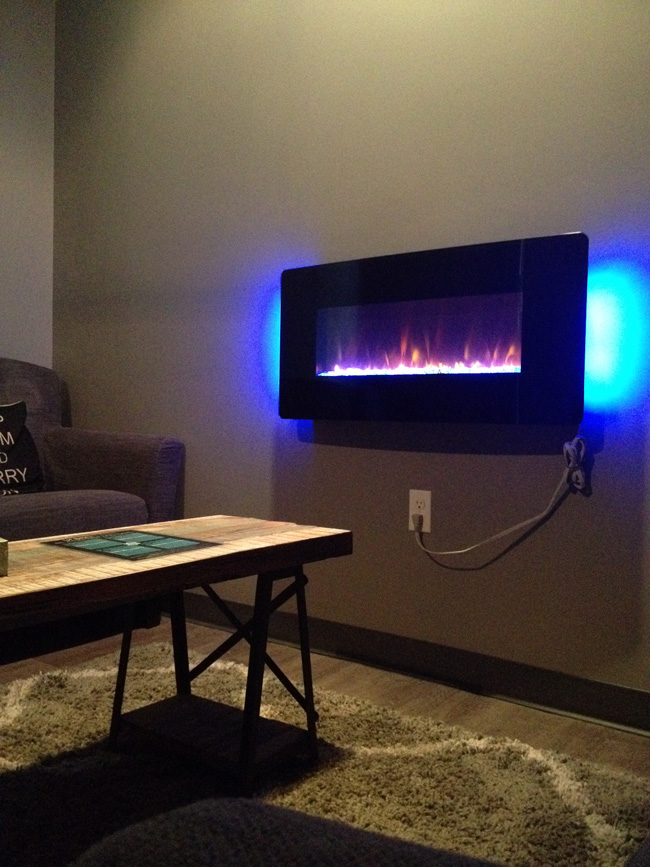 “You’re about to take a journey into the mind. You may see and experience things that are strange and frightening, but remember, they can’t physically harm you. Though they may destroy you mentally.”

The Simpsons, Make Room For Lisa

Sometimes I don’t know why I feel the desire to do the things that I do. Friends asked me why on earth I would want to try sensory deprivation, and I had no cogent response. Maybe I wanted some really alone time. Maybe I wanted to shut the world out for a while. Maybe I wanted to see if I’d trip balls when my brain had nothing else to do. All I knew was that someone was selling sessions to hang out naked in a salt-filled techno pod for an hour at a crack, so I might as well try it. I don’t know about all of the OTHER minutes that encompass the history of human experience, but a sucker was definitely born the second I popped out into the world.

I started out in the “pre-float lounge” before my appointment. I’d dutifully followed their email instructions, refraining from caffeine, not shaving that day, and scheduling plenty of time to arrive and park so I wouldn’t show up harried and stressed. I then signed a waiver basically stating that if I managed to injure myself while floating or on their property that I wouldn’t sue–they didn’t mention anything about the mind cracking and breaking from the lack of external stimuli, but I suppose that’s covered under the general terms. After that, I watched a video on a provided tablet about how to use the pods, what to do to prep for your session and how to finish your session, with a lot of hard sell about how it might take you a few floats to get the hang of things, how Olympic athletes have used floating to improve their times, how people have used floating to heal injury, and maybe something about how floating on an endless sea of the salty tears of your enemies rejuvenates the blood and fills you with the powers of Poseidon. I don’t know, I might have tuned out a little. It’s floating, not rocket science, and I’m about as far from an Olympic athlete as a person can be, so I had my doubts that floating was going to magically unlock my pole vaulting potential. After I signed my life away, I was escorted to a room with a bench, a shower, and a glowing pod that looked a lot like a clog would in Tron. The employee again explained how the session would work: take a shower beforehand (no conditioner), pop in earplugs, turn off the light in the room, and enter the tank. At that time, I had to choose whether I wanted music pumped into the pod for the duration of my float or silence, with a bit of music starting when I had five minutes left in the tank. I figured if I was going to do sensory deprivation, I should go whole hog and elected for silence. As far as things I could control from the pod itself, I could experiment with leaving the lid open or closing it completely, and having a blue light, white light, or total darkness inside the pod. I could control the lights from a button on my lefthand side. On my righthand side was another, identical button that I should press if I have a panic attack or other medical emergency and need assistance from an employee. Also on the left was a spray bottle with pure water in case I got salt into my eyes, and on the right was a pool noodle in case I needed something to prop under my head during the session. After the session was over, I was to exit the pod, take another shower, take out my earplugs, and rinse my ear canals with vinegar. After the explanations, I didn’t have any questions, and I was left alone to do my thing. Once I was in the pod, I decided that again, if I was going to do this thing, I should do it all the way, so I shut the pod completely and pushed the light switch until I was in complete darkness. The first few minutes went something like “OH MY GOD IT IS SO DARK AND SMALL IN HERE THE BLACKNESS IS CRUSHING ME I AM DYING” but I acclimated to it fairly quickly. The general idea with a sensory deprivation tank is that the water and the air are held at skin temperature, so that you’re unable to tell where your body ends and the environment begins. This didn’t quite work for me–I could definitely tell which parts of me were in water and which were not. What I didn’t have any frame of reference for was how my body was oriented, and my mind definitely began to play tricks on me. I felt like I was spinning around on my back, that I was flipping end over end in the void of space. It was eerie. I struggled with turning my brain off, constantly self-narrating the experience and then telling myself to shut up shut up shut up and just experience it. They suggested a few different arm positions while in the tank, and I tried them all. My least favorite was with my arms crossed on my chest, which made me feel like nothing so much as a vampire in a space coffin. And once that experimentation started, I found it hard to stop. I goofed off in there a lot, seeing what positions I could twist my body into with the aid of 1200 pounds of salt water, once almost accidentally flipping myself onto my stomach with all of the splashing and flailing that entailed. I swooshed my legs around like a half-assed mermaid. I pulled my head out of the water repeatedly because I enjoyed the sensation of the water running off my scalp when it was the only thing I could feel. I began to wonder how much the people outside the room could hear of what I was doing inside–about the only thing I didn’t do in the tank was sing little songs to myself, which is what I usually do when I’m bored. I tried, but it was so loud that I stopped at the first hum. Even blinking seemed incredibly loud, which may have been a function of the tank and the keening of my senses, or the fact that I had earplugs crammed in my ears which makes everything going on inside your body seem louder.

The hour seemed both long and short at the same time–when the first strains of music started swelling into the pod, I was surprised. I knew I’d spent some time playing and experimenting and imagining things because I felt like I had so much time to kill, but then when it was over, it didn’t feel like an entire hour had elapsed. Either way, I was glad that I had noted which accessory was on which side of the tank, because owing to my short stature, I had completely flipped around in the pod and the emergency button was now where I would have otherwise believed the light switch to be and having someone bust in the room to rescue my salty ass would have been just a little bit awkward.