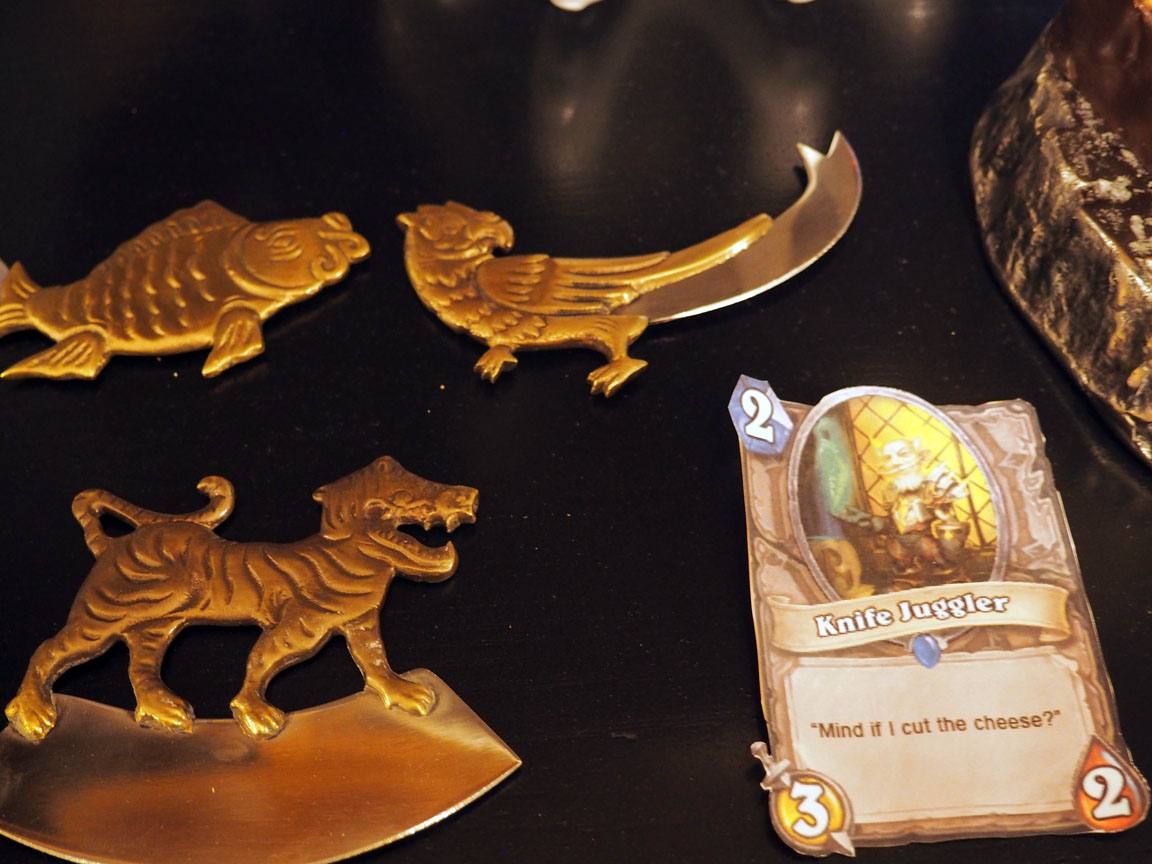 If you haven’t heard of Hearthstone, it’s a free-to-play collectible card game made by Blizzard. Recently, they released an app so you could play on ipad, and also announced “Fireside Friends” gatherings–official gatherings where people could meet up and play with one another, and those who participated would be given a special card back to show everyone that they have real-life friends. Well, screw that noise. I don’t have a laptop OR an ipad, and since it looks like they won’t be developing a Windows RT app any time soon (or ever, which is a shame, because it would be so much fun to play Hearthstone in my hammock instead of at a desk), I decided to host a Fireside Friends gathering at my house so I could actually play without lugging my PC around like I’m still living in the heyday of the LAN party.

To commemorate this occasion, I made some themed food with modified Hearthstone card labels, because theme parties are my jam and it’s a sad day when I can’t photoshop a joke about balls. It’s also not a party without a fart joke. I had never made spring rolls before. They were such a pain that I may never make them again. These are grapes wrapped in goat cheese and toasted pistachios and they are amazing. I was so not lying about having a cotton candy machine.

We had fun, got our card backs, and best of all, we didn’t have to interact with strangers. If you play Hearthstone, add me as a friend! My BattleTag is DrStinkbeard#1437.

Harry Potter and all his friends went straight to hell for practicing witchcraft. Yaaaay!

Nom or Vom: Dorito or Dorit-nooooooo?