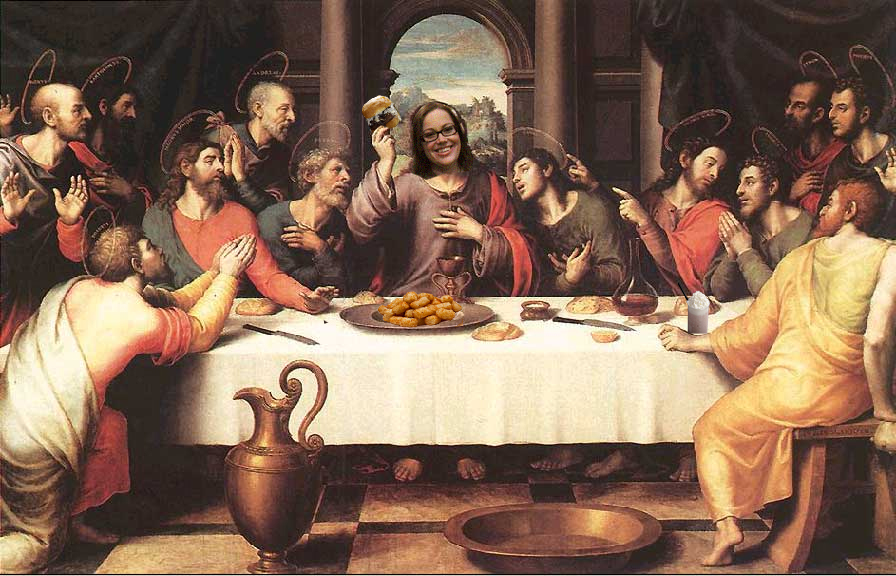 I turned 33 yesterday, and had my most sacrelicious birthday celebration yet: Mellzah’s Last Supper. A group of us met up at the Lunchbox Lab and indulged in a stupidly decadent meal that may or may not have involved tater tot and milkshake communion. Yes, I’ve totally gone there for a different birthday and I don’t even care that I’m repeating myself, but I am a little bummed that The Last Supper Club couldn’t hang on juuuust a little longer because it would have been the perfect venue for this theme.

For her 31st birthday, my friend Boolia came up with a really impressive list of thirty-one things she wanted to do in her 31st year, and I watched in awe as she checked them all off–go skydiving, fly a helicopter, basically be a badass for an entire year. What I think makes it so much better than a bucket list is that you really have no idea when you’re going to die, so it’s easy to put off all of those experiences and goals with “someday,” “later,” “maybe next year,” whereas the one year deadline is hard and fast. Either you make it a priority and do it, or you don’t. Some of these things are big, and some are small–I can’t cram all of the huge experiences I want to have over the course of my life into the next year because there are always time and money constraints, but I can make sure this year is both exciting and fulfilling for myself instead of wondering where in the hell the last year went…which I’m kind of doing this year. I mean, when I really think about it, I did do a lot of stuff last year– I united some friends in mawwage, packed in a bunch of activities in Denver including the world’s most exciting restaurant, was miserably sick in and around NYC but still managed to have my mayoral photo taken, took SoCal by storm, took a day trip to Vancouver, went to some museums, checked out some festivals, read a bunch of books, wrote some stuff, cooked some stuff, did some house renos, made some stuff, and saw a hell of a lot of roadside attractions,while still leaving time for all-important puppy cuddles. But there’s always that drive to do more, that fear that I’m wasting what little time I have. I think I’d have that fear even if my consciousness was uploaded into an indestructible super-robot. “Why didn’t I go and see the Florida Keys before the ocean swallowed them?” I’ll moan on my 300th birthday. “Stupid, stupid, stupid.”