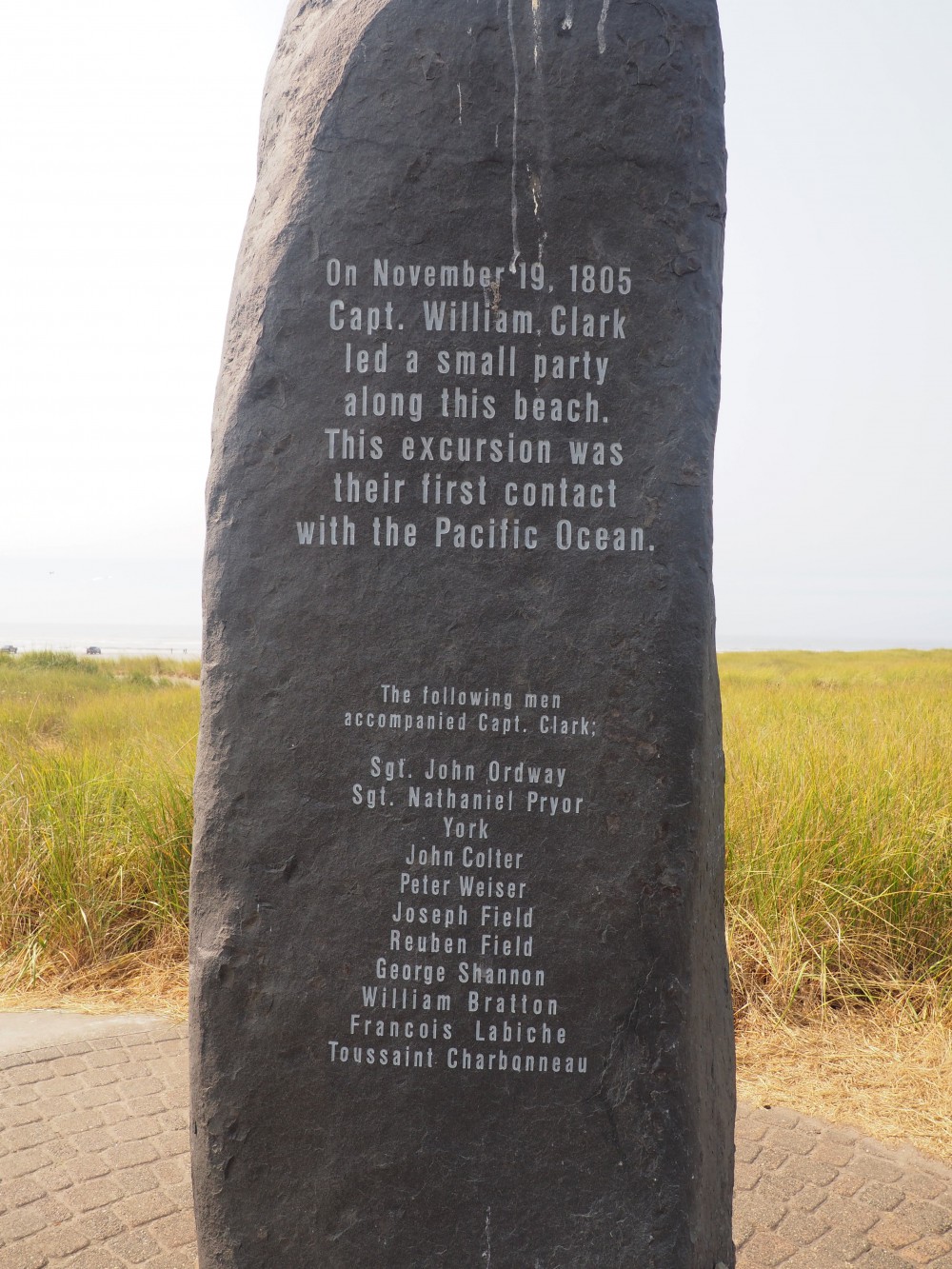 In Long Beach, nestled between the beach on one side and the shop on the other is the Lewis & Clark Discovery Trail, loaded with statues and other items (including a gray whale skeleton!) commemorating their first contact with the Pacific Ocean. The trail connects nearby Ilwaco (home of the Lewis & Clark Interpretive Center) and Long Beach, a place in which I’ve engaged in many shenanigans but somehow had never seen this before, maybe because it didn’t involve riding down flights of stairs on an air mattress or shooting unsuspecting friends with a marshmallow gun. The trail itself is 8.5 miles long, but owing to having just hiked a bunch at Cape Disappointment, I wasn’t ready to dedicate myself to the entire thing. I’m thinking this summer, I’ll strap my bike to the back of the car and bike it. For now, just goofing around on a sturgeon will have to suffice.

The Turquoise Trail to Tinkertown