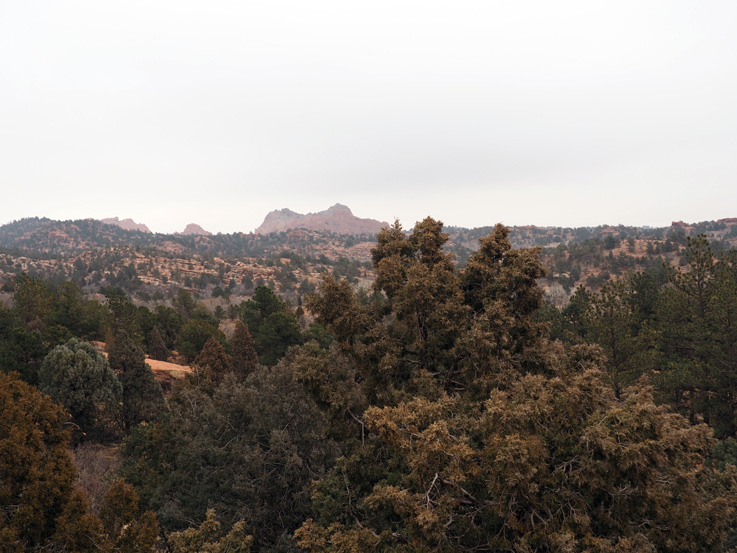 As I drove into Manitou Springs, the change in landscape was so astounding that I could have been convinced I was driving on Mars. Red, bulbous cliffs suddenly rise up and tower over the road, with fingers of silvery brush clinging to them. While you can see this landscape anywhere in the Manitou Springs area, the best place to be awed by nature is in the (free!) city park, Garden of the Gods. Its 1300 acres contain an abundance of plant and animal life, as well as a number of enormous sandstone rock formations, many of which are over 300 million years old! The Garden of the Gods was originally purchased by Charles Perkins in 1879, and upon his death, it was gifted to the city of Colorado Springs to be used as a park, with the stipulation that it remain free for all visitors.  Sadly, their Segway tours are summer-only, so this won’t turn into a story of me careening off a cliff…this time. Near the entrance to the park is Balanced Rock, which shares a name with another, more famous balanced rock in Utah. I can only hope that one day these two rocks will have a balance-off, so as to determine which is the balancingest so they can change their names to “Most Balanced Rock” and “Not Quite As Balanced As the Most Balanced Rock,” respectively. The important thing is that it makes for a fine photo opportunity. Only a couple of these photos accurately reflect the sandstone’s redness; my camera basically looked at these walls of red and said “No, ma’am!” so you’ll have to take my word for it. It probably didn’t help that we were there on an overcast day that was threatening to snow–I bet the colors are even more dazzling in bright sunshine. Where the buffalo roam?