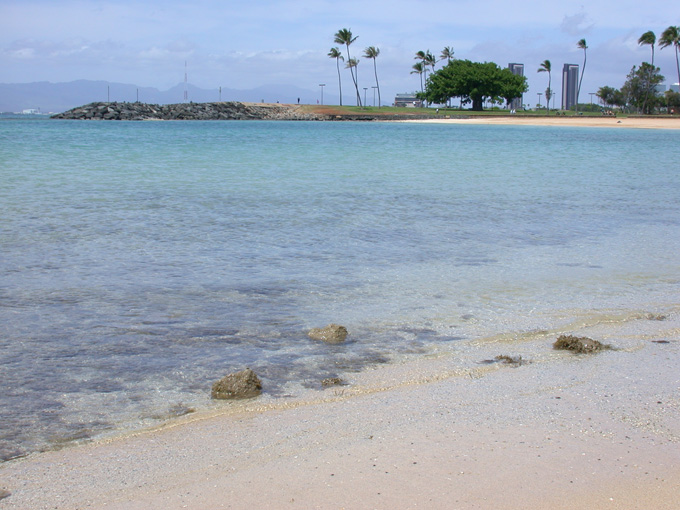 Me and my “psychotic friends network” shirt, because I can always be counted upon to keep it classy. I’m off in Oahu with a group of awesome people, and prepping for this trip made me dig up the photos from the last time I was there. I hadn’t thought about it for a long time, and it was surprising how flipping through the album brought everything back. Snorkeling in Hanauma Bay for hours and realizing afterward that I’d forgotten to put sunscreen on the backs of my legs, which made sitting difficult for a week. Hiking in brutal heat, learning about native and invasive plant species from a surfer bro named Mitch. Climbing the steep Diamond Head stairs, complaining the entire way. Marveling at the ubiquity of ABC stores. The peace at the grounds of Byodo-In Temple. It’s funny, the stories I remember about the people as well: the night we went to a Korean barbecue restaurant and one of my boyfriend’s aunts grabbed my breasts and said in halting English that they were “very good”. The way Bob would pop his hands off the steering wheel every time he sneezed and said it was a pilot reflex–I remember that every time I sneeze in the car. The time and effort Mitsuko put into ensuring I had a nice trip, even though it was her wedding week. The way she smiled and thanked me for making her son a good person. There was ultra-cringeworthy stuff, too. The way I almost shouted into a cell phone at the Ala Moana mall because I hadn’t really used one before. The way I showed up to the aforementioned wedding in a white dress. How did I not know that was taboo? Why didn’t anyone tell me? How did the bride keep from slapping the shit out of me? This time, I’m going to be in charge of what I see and do. I’ve got so much planned, and I hope that fifteen years from now, my new photos fill me with even more memories of a wonderful time filled with wonderful people. Only maybe this time, I’ll have learned to keep my horizon lines straight.