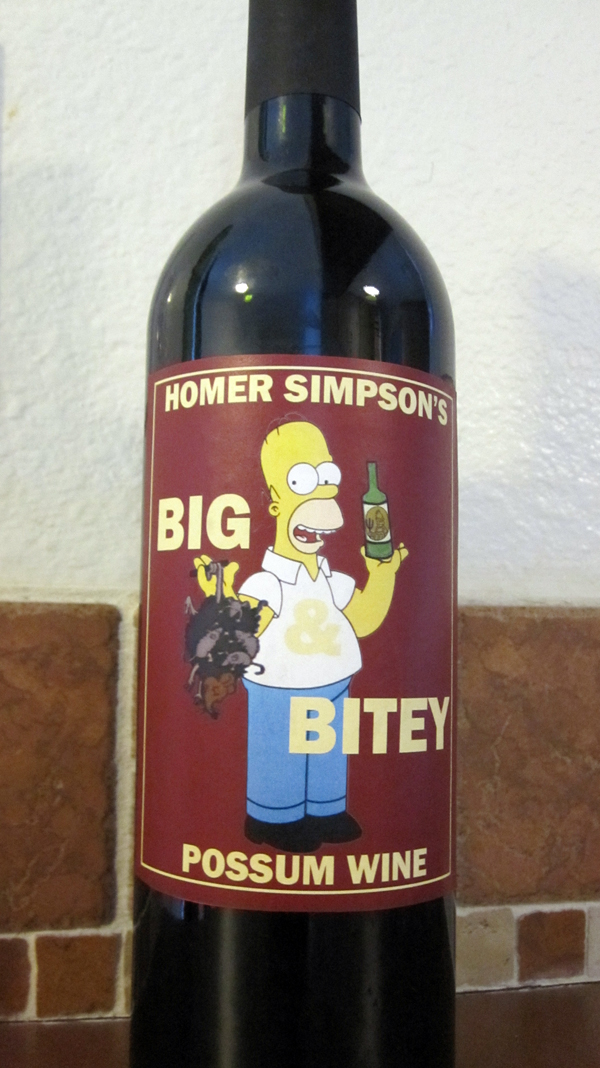 In February, I helped my friends Emily and Tom bottle the wine they had made at Classic Winemakers in Lacey. Emily said they like their wine “big” and “bitey” and that they were struggling with a name for their creation. Immediately, I thought of the Simpsons episode where Homer drives the monorail, which is infested with opossums: “I call the big one Bitey!” Emily didn’t go for it. My other suggestions of “Tyrannosaur Attack” and “Bad Neighbor Dog” were met with similar criticism.

After bottling the wine, dubbed Magna Admorsus, they gave us a few bottles apiece and suggested we hang on to them for six months or more for aging purposes. The six month mark hit right around their anniversary, and to celebrate, I gave them a bottle of their own wine back, with a far more appropriate label.