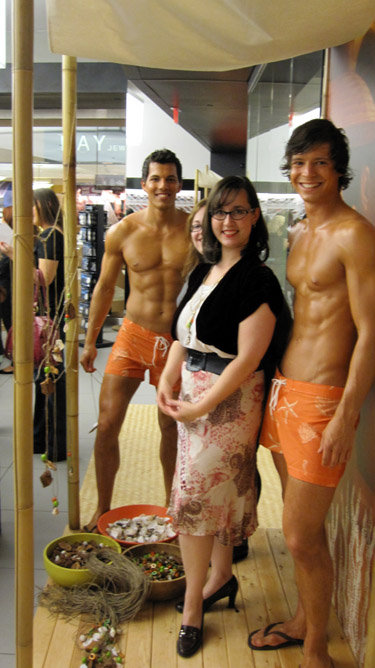 I don’t know how my coworkers know precisely when I need to leave the office, but they always know. I could be looking for something to do all day long, yet the only time they come sniffing around is five minutes before I have to go. The bus line that runs to southcenter only comes around once an hour–I wanted to catch the 3:30 bus, so sure enough, at 3:10, five minutes before I’d need to walk out the door to make it happen, a coworker called with an urgent problem. At 4:10, there was another task to be done–I swore, completed it as quickly as possible, and ran out the door.

Onebusaway.org is a tool of the devil that masquerades as something useful. The other day, I sat at a bus stop for forty minutes and watched a bus that was perpetually seven minutes away be delayed by 7,9,11,12,14,16,19,23 minutes and watched the NEXT bus in line pass it. Was the bus abducted by aliens? Disappear into the Benson Road Triangle? Have a bomb strapped onto it that require that its speed not go above 1mph? All I can see is how far away the bus is compared to what time it should arrive. Yesterday, in an attempt to make up for lost time, I picked a bus stop that was near equidistant from my workplace but would require the bus to (hopefully) run into a few more red lights, increasing my chances of catching it. Unfortunately, this forced me down a street with no sidewalks, just tall grass, shrubs, and mud, which I picked my way through as quickly as possible, all while checking the real-time arrival info on my phone. The tool indicated that the bus was two minutes away; I began to jog, then sprint through the shrubs and mud, but I was over a block away when I watched the bus go by. The tool of the devil had given me hope and made me run for nothing.

At that point, I had two choices–I could stand around for an hour, or I could walk the rest of the way to southcenter. I reasoned that I could use the exercise and I would arrive at my destination at approximately the same time regardless, so I continued down the road.

I was very nearly at my destination when I felt compelled to reach back and check for my wallet…and it was no longer in my pocket. Maybe I had put it in my backpack! Or another pocket! I frantically began to pat myself down on the street like I was pantomiming The Universal Airport Experience. No, no wallet. Not in another pocket. Not in my bag. Just gone. Immediately, I began to panic. What am I going to do? My life is in that wallet! My driver’s license, social security card, insurance cards, my debit card, my dilettante mocha card that was very nearly full of punches at five dollars a crack–this was a problem. My rational brain tried to take control. “Panic is not going to do any good. Turn around and start backtracking. You will find it or someone else will and they will return it to you.” “No, they are going to steal my identity and empty my bank account and take my free mocha and…” “START WALKING.” “STOP BOSSING ME AROUND, I AM TRYING TO PANIC HERE. HOW AM I GOING TO GET NEW ID WHEN I DON’T HAVE ANY ID?” “MOVE.” So I started back the way I had come; passersby must have thought I looked like a wild animal having a heart attack, the way I was clutching at my shirt, eyes bulging and flicking rapidly from side to side. My panic brain piped up again. “See, it could have fallen out of the pocket and bounced into the bushes on the side, or out into the street where it could have been hit by a car, skittered across the road, been hit by another car, knocked into a drainage vent…we’re never going to find it. You might as well give into the panic.” “No, just keep your eyes open and it’s bound to turn up.” “Oh yeah? Remember the run through the shrubs and brush? How are you going to find it in that mess? It’s time to panic.” “Fuck, you’re right.”

After I had walked back a mile, just as I about to throw a full-fledged tantrum, I saw a thick silver rectangle sitting on the sidewalk ahead. Could it be…? Were my eyes playing tricks…? It was my wallet, sitting squarely in the middle of the sidewalk.

I experienced a moment of relief so pure that I found myself no longer able to stand. In that moment, I collapsed onto the sidewalk, crying hysterically, cradling my wallet, hugging it, as if it wasn’t a traitorous piece of property that had attempted to escape further contact with my ass just recently. As I lay there in the fetal position, sobbing, my rational brain having given up to gibber in a corner, the next bus blasted by.

Eventually I pulled myself upright, used the heels of my hands to attempt to wipe off all of the mascara that had run down my cheeks during my fit, and started back down the road to southcenter.

Ashley and I got in line shortly before the event was due to start and were still among the first people in the store. When one of the oiled-up male models offered me a necklace, I almost lost control of my knees again, and immediately felt the deep sort of shame one feels when one looks a goddamn mess and they’re standing next to perfection.

I learned my lesson from the Style Warriors event and bought the things I wanted immediately, and then was free to sip drinks, nosh, and staaaaare. Ashley was looking for a red lipstick that didn’t pull orange on her and wasn’t brown-toned, and I recommended Russian Red but suggested we ask the fab MA who kept coming around to check on us…who also suggested Russian Red. This was a vindicating moment for me, especially since earlier in the week, I had been dismissed by one of my heroes on facebook as ‘too young to know anything’ about lipstick that wouldn’t feather on older skin. DAMN IT, I KNOW THINGS. I DO.

Anyway, vindicated, I felt brave enough to take a photo with some hot, hot men, even with my puffy, streaky face. Wait, no, I was hiding behind Ashley. NOW I’m brave enough to take a photo with some hot, hot men. Or at least poke my face out. Hippy lady? I’m ready to get out now: an hour in a sensory deprivation tank