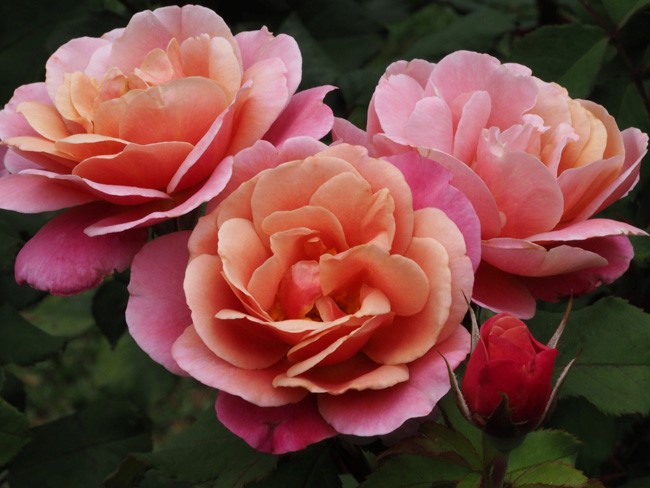 In 1905, Portland held a Lewis and Clark Exposition for the 100th anniversary of the duo’s stay in Oregon. For that grand event, the city planted half a million pink rosebushes along Portland’s streets. Two years later, in 1907, the “city of roses” held its first annual Rose Festival, a tradition which is alive and well today (as are many of the original rosebushes!).

Portland has long had a reputation for being where the weird comes to flourish, and it even holds true for their rose gardens. In 1917, rose enthusiasts came up with the idea of creating an American rose test garden, and not long after that, the International Rose Test Garden came to be. Portland also served as a “safe haven” for hybridized roses from Europe during World War I. Owing to their mild climate, roses absolutely thrive in Portland, and the International Rose Test Garden is a way for the worldwide rose enthusiast community to try different varietals for disease resistance, fragrance, and color as well as other desirable attributes.

From May through October, you can see and smell nearly 550 varietals of roses in the test garden, though they are at their heady, glorious peak in June (which coincides with Portland’s Rose Festival). And definitely take the time to stop and smell them all! They blew me away with their vibrancy, their color, their scent, and the way they aren’t just woody, thorny, shitty sticks like the roses I’ve tried to grow in my yard. Or the $50 hydrangea I planted this year that committed plant suicide a week later. Portland, lend me some of your flower-growing voodoo!