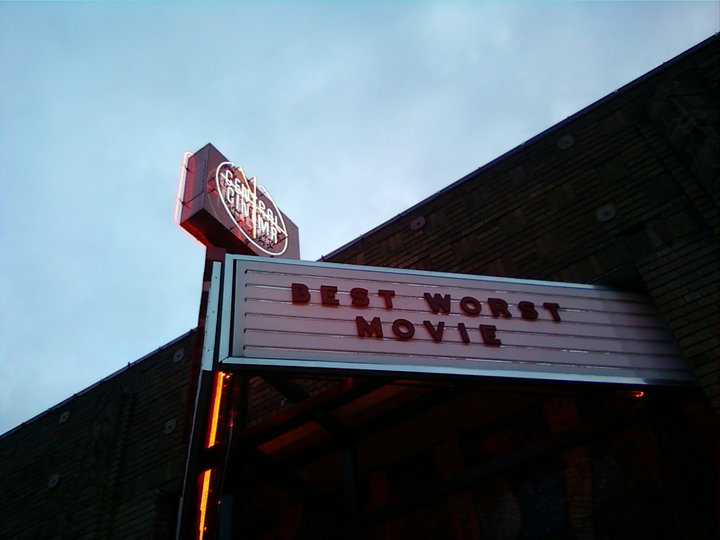 On Friday, a group of us went to see Best Worst Movie at the Central Cinema, which may well become my new favorite theater because their upcoming events list looks amazing AND they serve beer. Coming soon: the Michael Jackson sing-along, Choose Your Own Adventure VHS, and a showing of The Room (the Citizen Kane of bad movies) WITH Tommy Wiseau in attendance.

I may well decide it’s worth my $60 if I can get Tommy Wiseau to record my new voicemail message: “YOU’RE TEARING ME APART, MELISSA!” The desire to have this little bit of amazing for my very own, forever, must be weighed against the realities of giving Tommy Wiseau sixty dollars, well-knowing that he could use that money to make another movie. It’s a toss-up at this point.

Just a little bit of my desire has been sated with this, a talking Tommy Wiseau bobblehead. He speaks several phrases, including “I did naaaaaat!”, “Oh hi, Denny!”, “You know what they say: Love is blind.”, “I’m fed up with this world!”, and, again, my personal favorite, “YOU’RE TEARING ME APART, LISA!”. Best Worst Movie was a very enjoyable documentary, not only focusing on the surprising second life of Troll 2 as a cult classic, but revisiting each of the actors (many of whom have not acted in anything else since), and the director, who cannot believe that anyone dares to call his artful masterpiece a bad movie. One of the actors, extremely likeable George Hardy, has given up acting to become a dentist, though he talked wistfully about how he wishes he could have done more, acting-wise. One of the actors has receded into madness. One of the actors was mad prior to and during filming, which explains a lot about his scenes in the movie. Another hit a genuinely sad note when he talked about how he’d frittered away his life, “but that’s what a life is for, right? Frittering away.” Even the majority of our group, who hadn’t seen Troll 2, found it entertaining and worth watching. They weren’t able to stay virgins for much longer, however, as immediately after the documentary, we were given a bonus showing of Troll 2, so no one was able to sleep peacefully that night.

During the movie, Brendan leaned over and asked a passing waitress if he could have another beer. I asked if I could have another as well, and she replied “Are you from Wisconsin?” I was confused. What had I said that was a regionalism? “Kenosha, Wisconsin?” she continued. “I’m Sonja S____.” “HOLY SHIT.” It was a girl with whom I went to high school! Halfway across the country! And she recognized my face/voice at a whisper in a dark theater! What are the odds?

A Haven for Trolls in Sequim, WA