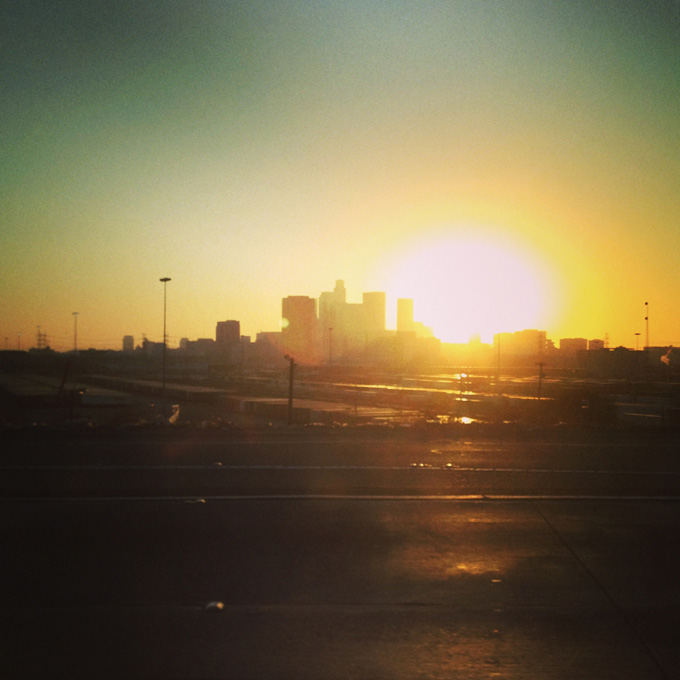 Depending on the time of year you ask me, I have one big regret about moving to the Pacific Northwest. If you ask me during winter, it’s winter: the short days, the long dark, the dreariness, the relentless soggy wet-hem shoe-leaking mold-growing constant drizzle glasses-spotting hair-frizzing dampness of the season. If you ask me any other time, it’s the lack of roller coasters in the immediate vicinity. Sure, there’s a couple at Wild Waves (missing bolts and all!), but it’s first and foremost a water park.

I used to practically live at Six Flags Great America in the summer. With a season pass, I had very little incentive not to. After all, it’s not like you can feel face-rippling g-force induced exhilaration on the couch. At least not easily.

When I lived in California, the nearest Six Flags park was Magic Mountain. The two hour drive to get there (with no traffic, and when is there ever zero traffic in Los Angeles?) plus college, plus two jobs meant that I generally made it to the park once or twice a year at most. The last time I went was in 2010, and the entire day was an ordeal, to put it lightly. This time, I was hoping for a better experience.

It was indeed better than last time, but that would not have taken much. The visit got off to not a great start when we pulled up to the parking lot and were informed that their credit card system was down, and we’d have to use their on-site ATMs to pay for parking, buy our tickets, etc. With the cost of two adult tickets plus parking, we were already bumping up against their ATM withdrawal limit, which meant that we were blessed with being able to pay their exorbitant ATM fee more than once. The first ride we hopped on was X2. It has seats that pitch forward and back on a separate axis from the track, and the result is a ride that’s incredibly intense. This ride used to be my absolute favorite, and I don’t know if it’s that I’m getting old or less used to coasters or what, but after the first drop, when it pulls you up backwards, it was almost too much for me. I felt like I couldn’t breathe, and not in an “I’m having so much fun” sort of way, more in a “I think I might be dying” way.

Our next ride was Viper, and we were able to hop right on the ride with zero wait. It’s the last remaining Arrow Dynamics Megalooper coaster in the world. This is a more standard seated coaster with an over the shoulder harness; it reaches speeds of 70 mph and turns riders upside down seven times.  I remember its former twin, Shockwave, at Great America, and it had the same drawback–it rattles your head between the shoulder restraints like those mixing beads in a can of spraypaint. The only way to sort of deal with it is to press your head as hard as you can against one side of the restraints to minimize the amount of times it crashes into the other side. With better padding, this ride could be as awesome as it used to be.

Hands down, my current favorite coaster at Magic Mountain is Tatsu. This coaster has you sit down, restraints lock in your upper body and your legs, and the seat is then pulled up so you’re looking at the ground. It’s like flying in the claws of a giant eagle. On every roller coaster, you’re trusting your life to the machine–Tatsu feels extra scary because it’s more evident than ever that the restraints are all that’s keeping you from an unpleasant splat on the pavement.

The one ride I’d urge you to stay away from at all costs is Green Lantern. It’s another ride where the seats pitch on a separate axis from the track, which is back and forth in a ribbon pattern. They need to rename this ride The Migraine Machine, because it gave me one of the worst headaches of my life. Jason ended up having to backtrack halfway through the park to find a kiosk that was selling aspirin, while I waited around because the thought of walking with my head pounding so badly made me want to barf. So instead, I scoped out a small area of shade and basically prayed for death. In other words, I don’t recommend it. We ended up riding nearly every roller coaster that was open that day, which was a far cry from my previous visit, when I rode only a couple due to high winds closing the rest. The only one I took a pass on was Superman, and that’s because the line was ridiculous and didn’t move once in ten minutes. Very few of the other coasters had extended wait times. Some were so short we only had to wait for one or two cars before riding. It was one of those rare sorts of days where buying a fast pass wouldn’t have been worth the added expense because you wouldn’t really save any line time. We walked straight on to Batman: The Ride, which is always exciting for me, because I remember when it was hot shit in 1992 and you had to wait for five hours to ride for 45 seconds and it was still totally worth it. I loved it then and I love it now. The thing about remembering what Batman: The Ride was like when it was new, and the park in general in its heyday is that it is beyond evident how much it’s declined since then. So much of the stuff that’s supposed to create an atmosphere now serves to create a very different atmosphere: one of disrepair and neglect. Things are broken, tagged, falling apart, trash is everywhere, and even some of the rides operated in a way that suggested penny-pinching, which is not what you want to see when you’re trusting the park literally with your life. It shouldn’t be that way, especially at a park that boasts the largest number of roller coasters in the world. Clearly they’re making enough money post-bankruptcy to continue building; it would be nice to see some of those funds diverted to upgrading and maintaining what they already have. They’ve already stopped dropping millions for temporary licenses like Terminator, so that’s a start.  Although I can’t directly compare Six Flags to all of the competing parks in the area (I haven’t been to Disneyland for over twenty five years, though I have read that their park standards are by far the highest), I’ve been to three different Universal parks in the last few years, and Universal Studios blows Six Flags out of the water in terms of creating a clean, welcoming, functional atmosphere that sometimes feels downright magical. In every way, Six Flags is trying to compete with these other parks–they’re charging a comparable ticket price, they’re selling similarly expensive food and souvenirs, they’re licensing properties to widen their appeal, they’re even expanding their Fright Fest offerings to try and go toe to toe with Halloween Horror Nights and Knott’s Scary Farm. But they’re just not there. Right now, they’re only pulling ahead in the “rides that spontaneously and mysteriously light on fire” category. I love roller coasters, and I have a lot of love in my heart for Six Flags and the time I’ve spent there, but with two mediocre visits in a row, I don’t see myself making the effort to go back to Magic Mountain.

Officially Too Old For This Shit: Cedar Point