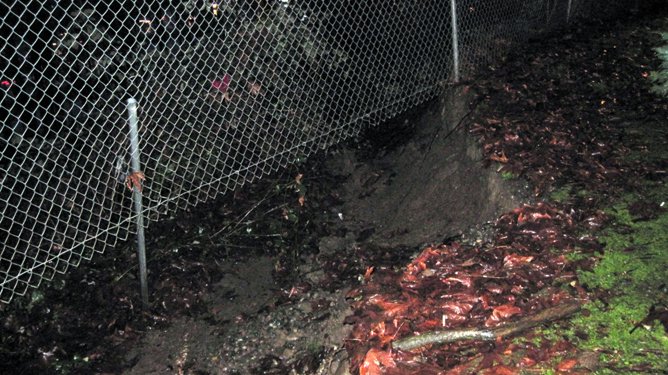 This weekend, I received a notice on my door from the apartment manager, stating that patios are to be kept clean of all items other than plants and patio furniture, and that any other clutter in this area was a violation of my lease agreement. The specific item on my patio that needed to be removed was listed as a “cone”.

…I was deeply confused, as I keep nothing on my patio. There was a branch that had fallen from a tree onto my patio, but that hardly qualified as conical. What else was out there? A traffic cone? A cone of shame? A giant ice cream cone?

I couldn’t help but be lured outside by the prospect of a giant ice cream cone, much in the same way that the song “Turkey in the Straw” can send me furiously prospecting for change in my pockets while running out into the street.

There was no cone to be found, not on my patio, not on my neighbors’–though all of theirs were positively LOADED with crap. Mattresses and garbage and broken kids’ toys and all manner of miscellania that were neither plants nor patio furniture, because I do indeed live in a classy apartment complex.

Not only was the mysterious cone missing, but also mysteriously vanished was a huge chunk of land directly behind my patio. Dirt used to go right up to the fence, now there is a three foot mini-cliff which indicates to me that I ought not play with the dog back there anymore as he is not smart enough to avoid such a gargantuan hole.

I wonder if this means that one day my apartment building itself will slide down the hill onto the highway below, and if so, does my insurance cover it?