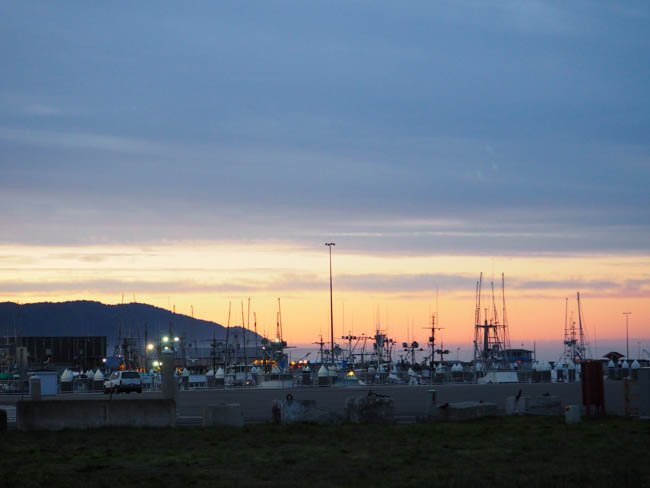 The Ship Ashore Resort–their website says the museum and gift shop are “temporarily closed” but it’s been closed since 2013 so don’t hold your breath. After a solid continental breakfast, I continued to follow 101 up Oregon’s coastline. It was a gorgeous morning, overcast, the cloudiness and slight fog perfectly complementing the waves smashing into the rocky shore. As it was yet early, I was able to pull over and watch a whole family of elk grazing on the side of the road–thankfully, these ones were not as well versed in the art of setting traps as their other Oregon brethren. I don’t know if it was the time of day or the time of year, but the winding roads were almost deserted, which made for perfect driving conditions, one of those drives where I can just set the cruise control, pump up the jams, and make time, pulling over every once in a while to take in the view. It was just what I needed after the total shitshow that was the previous afternoon/evening.  It was only a scant two hour drive to the day’s first destination: Prehistoric Gardens. That’s right, strap in, because on Wednesday, we’re going to see even more dinosaurs.