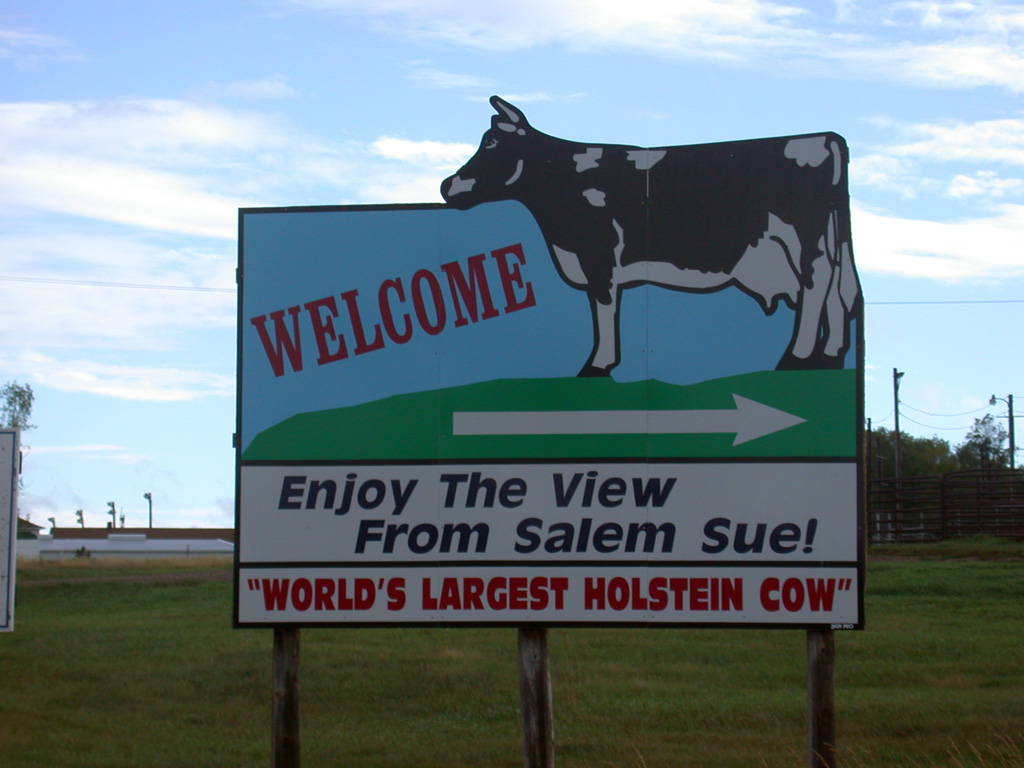 At 38 feet high and 50 feet long, Salem Sue is certainly impressive! She might want to get her giant veins looked at by a vet, though, they’re pretty gnarly, but that may just be vein jealousy talking since I always get the nurses who stab and stab and wiggle and can’t seem to find mine. 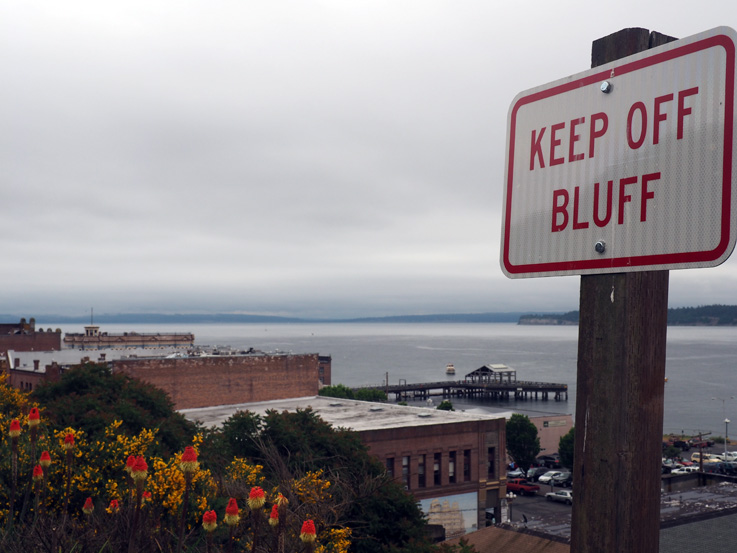 My dear friends Aisling and Chris got married in Port Townsend, which was an excellent excuse to poke around the town when we weren’t otherwise occupied with festivities. This wasn’t my first trip to Port Townsend, but the last time was a day trip for the Wooden Boat Festival, and I spent the majority of it playing sea captain. Downtown Port Townsend is cute in a carefully cultivated in order to appeal to tourists way; I can’t envision the locals providing enough business to keep the combination pirate and steampunk store open. Outside of downtown, things get real pretty quickly. Our hotel, booked sight unseen as they were the only one that took online reservations, looked like the spiritual sister to the Breaking Bad hooker motel; we could hear every bump and shuffle in the surrounding rooms, which meant that they, in turn, were treated to my yowling rendition of “Roxanne” every time I turned on the red light in the triangular bathroom. The rehearsal dinner was at The Pourhouse, and in addition to their great selection of beer, cider, and wine, they have a killer patio and the best policy with regards to food: they encourage you to bring in outside food and/or have food delivered, so you get to pair what you want to pair with your beer instead of being stuck with bar food. It’s a policy I wish more taphouses would adopt! They also allow dogs on the patio, and I was completely taken with a patron’s puppy. I kept sneaking peeks at it from across the patio, and it was almost always looking back at me…and so was its owner, so I suppose I understand why he left because he probably thought I was about to attempt a googly-eyed dognapping. Another delicious Fire and Blood beer and I might have considered it. 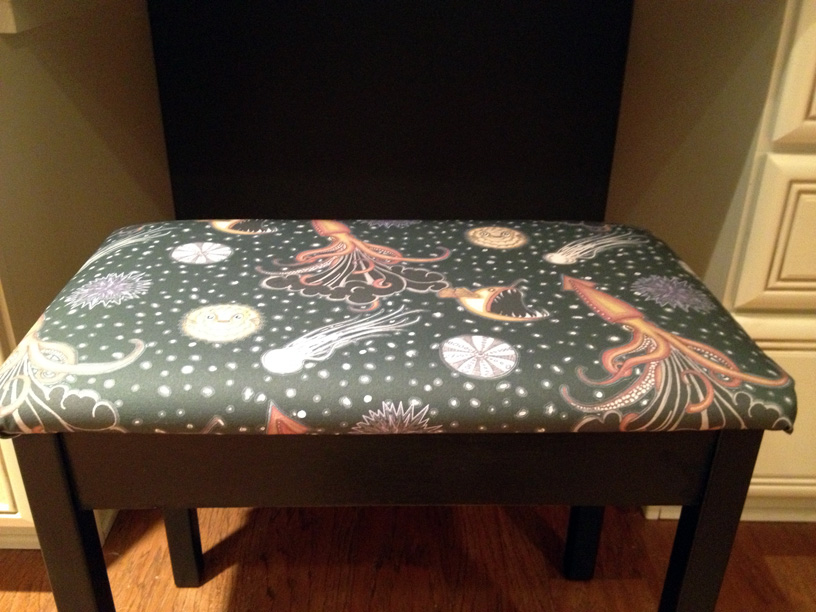 After reupholstering the kitchen bench with a Squids in Space fabric (how many times can I post the same bench with different fabric and call it content?), I had quite a bit left over, and when I saw the instructions for this giant squid pillow, I knew it was the perfect project for some of the remaining fabric.

It actually takes longer than one might think to sew a giant squid pillow–I spent the better part of two days sewing and stuffing in the living room with Malcolm in the Middle streaming in the background. Frankly, I don’t know why I have a craft room at all, I just go where it’s warm and comfortable-ish and I have a TV at my disposal regardless of where I’m supposed to be dumping all of these works-in-progress.  My squid’s tentacles ended up a bit overstuffed so they’re not as flexible as I’d like, but they’re still good for staging shark (and dog) attacks which may explain why Napoleon lived in terror of this thing for a while. If you’d like to make your own giant squid pillow, the instructions are here.