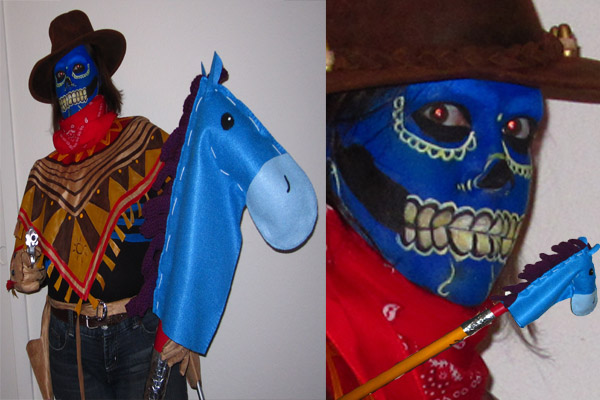 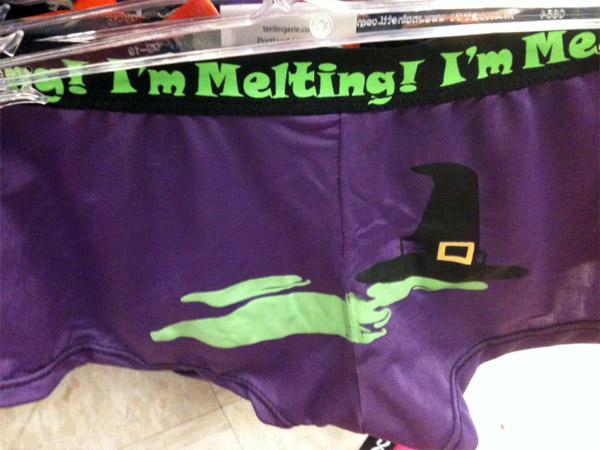 I found these beauties at the local Fred Meyer. Now, far be it for me to begrudge anyone some spooky panties on Halloween, but really, the scariest thing about this pair isn’t that there’s a witch on them–it’s that the melted witch-blob is positioned in such a way as to make it look like you’ve had a terrible, terrible accident, perhaps involving Olestra. Who wants to take their pants off in front of someone (especially in low light) knowing they’ve got what looks like slimy turd residue hanging out on their backside? Mmmm, sexy.

No wonder they were half price. 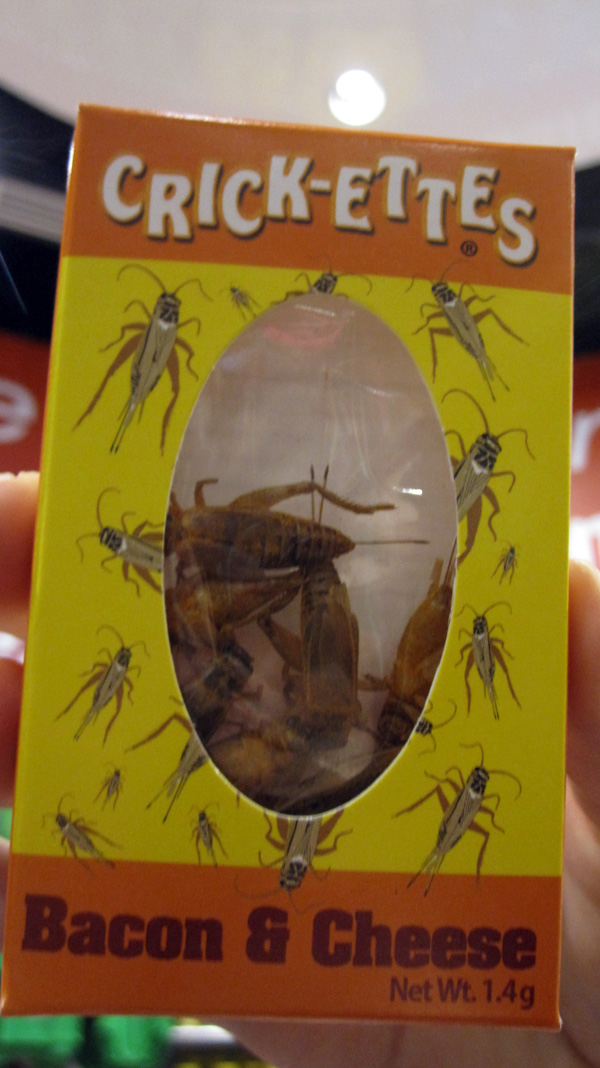 Now, I know you’re going to make a snap judgement on this one as soon as you see the picture, without considering the pros and cons, so I am going to present them beforehand, which of course, you’re going to ignore in favor of the photo. STILL.

Cons: You’d have to be blindfolded to eat it, and maybe even that wouldn’t stop the screaming.