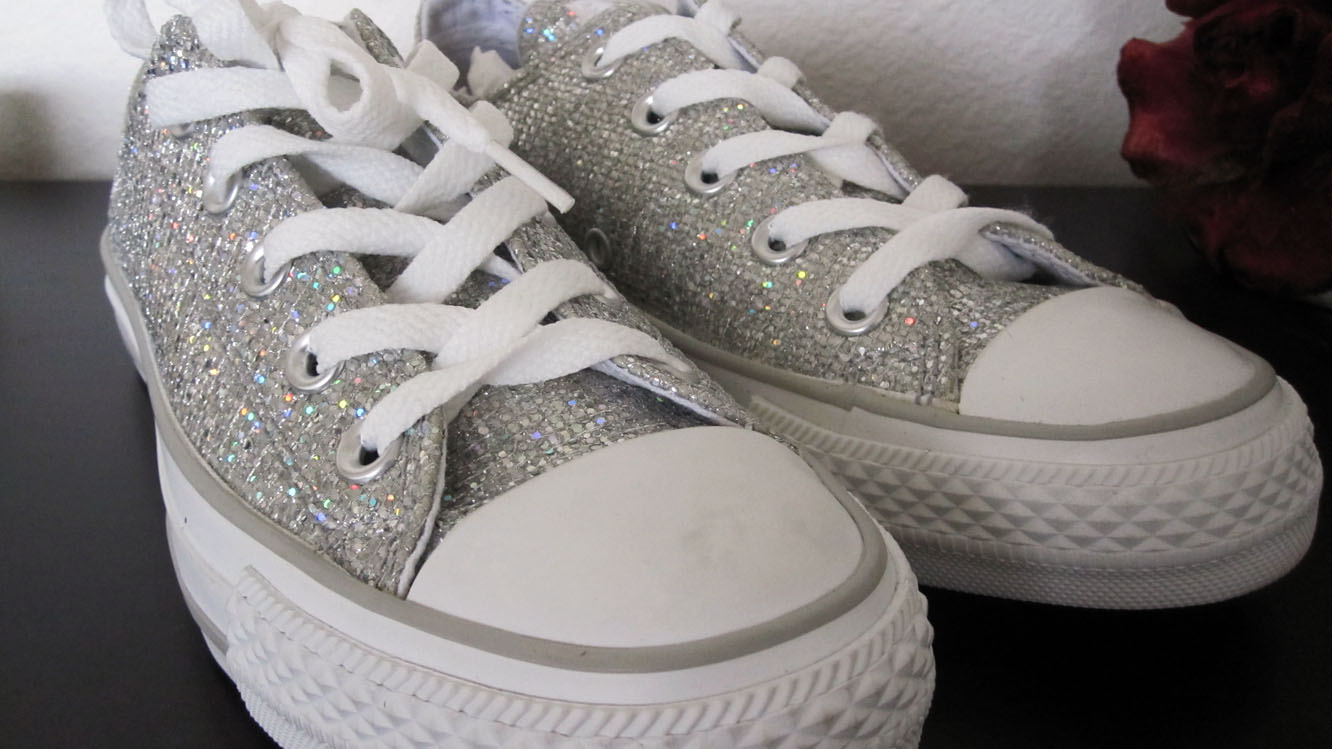 I’ve never understood why makers of sparkly shoes don’t go balls-to-the wall with it. Usually they’ll have sparkly sides but boring toe caps, and as a person with child-size, hoof-like feet, my pants tend to cover up the majority of the shoe other than the toe cap. This is unacceptable, and I decided to take a pair of shoes I owned from sort-of sparkly to Michael-Jackson-disco-ball-explosion-unicorn-fart-SHAZAM. They’re now my Damien Hirst shoes, entitled “For the love of sweet sparkly Jesus”. Take the item you want to funkify, and clean it until  there’s no more dirt and grime or gross buildup. Rubbing alcohol works magic on white shoes. Get some Gem-Tac, a china marker, and an approximate buttload of flat-back rhinestones. You’ll want to go glass rather than acrylic–glass is more reflective and plastic will get scuffed up and look cheap, rendering your item ugly and your time wasted. You definitely want to order the rhinestones online, because they are cheaper wholesale than in the craft stores by an order of magnitude. You can use whatever size rhinestones you want, the smaller the stone, the more more sparklicious impact the project will have, but bear in mind it will be fussier and require many more stones per square inch. I used SS16 (4mm)on this project, for example, but on something smaller like a cell phone, I’d want to use a smaller stone.  Spread some Gem-Tac on the area you intend to cover (it’s easier to work a bit at a time than covering the whole surface with glue.) and pick up and place the rhinestones with the tip of the china marker. You can use tweezers instead if you’re a fan of frustration, I won’t judge. Rinse and repeat until you’re done. Once you’ve let the glue dry, you’ve got a piece of eye-searing sunshine on your hands. Use this power wisely. 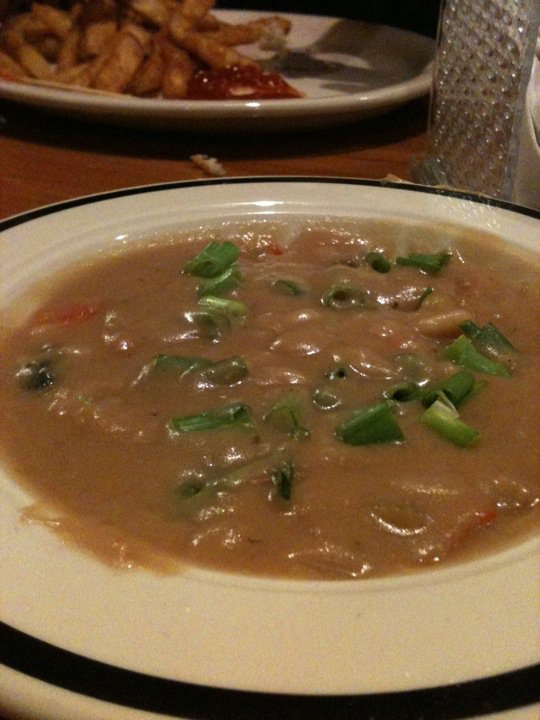 If you ordered the chowder soup along with your entree, and were presented with a bowl of this gravy-like brown sludge, would you eat it? We felt pretty strongly about this one.