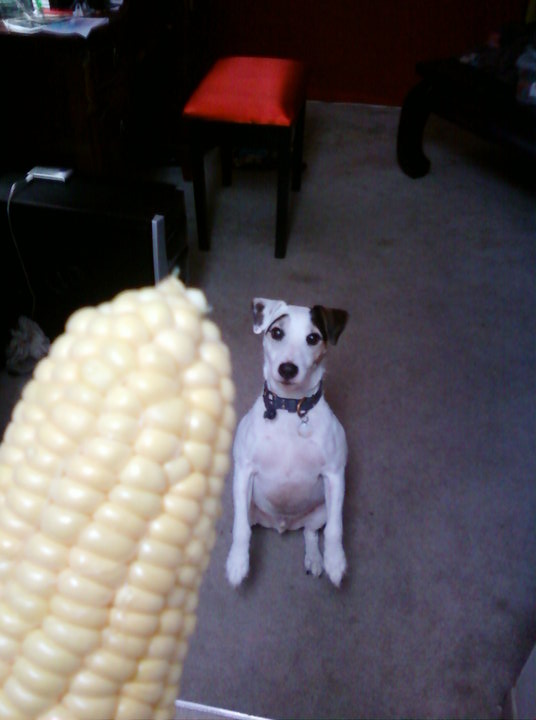 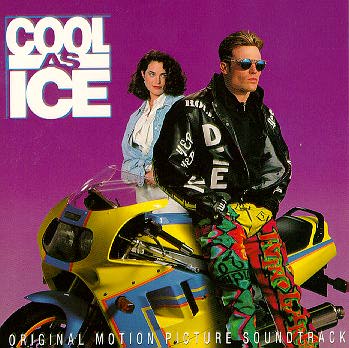 On Sunday, some friends and I had a Vanilla Ice-a-thon, which consisted of two movies: Teenage Mutant Ninja Turtles II, and the amazing, can’t-believe-I-hadn’t-seen-it-before, Cool as Ice.

Dinner beforehand played out like Vanilla Ice: Behind the Music, as each of us brought our esoteric Ice knowledge to the table. “Did you know that he’s a motocross champion?” “Did you know he tried to make a comeback as a rap-metal artist in the late 90’s at the height of nu-metal’s popularity?” “Did you know he was involved in backyard wrestling?” “Did you know that ‘Ice Ice Baby’ is the only video to ever be permanently banned from playing on MTV? They actually had Vanilla Ice come in and destroy the video himself. He was a good sport about it but you could see that he wasn’t happy about doing it.” “Are you familiar with the concept of ‘icing’? Apparently there’s some sort of bounty if you ice Vanilla Ice.”

While we probably should have been downing Smirnoff Ice while watching this film, we made do with gin & tonics with lots of ice, ice baby…but not too much, lest our drinks get too cold, too cold.

Cool as Ice is a film that ostensibly has a plot and some underlying themes. The main theme is “Whatever a normal person would do, you should do the opposite.” So if you’re in the witness protection program, not only should you go on TV, but when your dumb ass is found and threatened by these figures from your past, you shouldn’t immediately call the police and instead wait until your child is kidnapped. If some dude on a motorcyle tries to kill you and your horse with his awesome stunt, you should probably date him. If that dude is Vanilla Ice, and you find him in your bedroom one morning and he wakes you up by jamming an ice cube in your mouth, you should probably take your top off instead of screaming, like a normal person would do.

It also arguably has some of the best, most believable dialogue of the last twenty years with Vanilla delivering lines like, “Drop that zero and get with the hero,” “What’s it like to have parents,” “I’m gone like yesterday,” and, approximately every other minute, “Yep yep!”.

It is horrible. I love it.

I’m also considering being Vanilla Ice for Halloween this year. Who could resist this tempting ensemble? Apparently, Ice makes an appearance in the Juggalo Western, Big Money Rustlas, which is on the docket for a group viewing sometime this fall. Western wear or clown paint required.

On Thursday night, for dinner, I had a couple of ears of sweet corn. Not specifically due to poorness, but due to the overwhelming deliciousness of corn this time of year. The dog, with all of the instincts of his tiny spotted wolf ancestors, has figured out when I think something is particularly delicious and he will fixate on this item.

At some point on Thursday night, when my back was turned, he ate a corn cob.

He is officially Too Stupid To Live.

Why, you ask? Because corn cobs do not digest. This means that my wonderful dog has been vomiting cob for the last three days. Vomiting cob, and then trying to eat it again.

Dogs have a pact with one another. Several pacts, in fact. If they are ill, they will struggle valiantly to keep it concealed during daylight and evening hours, waiting for the moment when you have just entered the deepest sleep of the night, and that is when they will begin to make the horking sound that will snap any pet owner awake in a panic, trying to locate said retching animal in the dark. The second pact is that a dog is never allowed to sully the same area twice. Should he be violently ill, and throw up twice in a row, it is of the utmost importance that he start in one area and finish in another, sometimes as if propelled on a little treadmill, like he’s a vomit-powered rocket.

My dog is an asshole. When he dies (which may be soon), I’m going to have him stuffed in an extra humiliating position to serve as a warning to the next ten generations of dogs.