Unless you are John Waters, only occasionally in your life will you be called to bear witness to a true trash spectacle. And when that moment arises, it is your solemn duty to absorb every detail so that you may regale others with the story for years to come.

Friends, I stand here before you today to tell you the tale of the White Trash Wedding of the Century.

I was not invited to this wedding but attended as the guest of someone else who likely should not have been invited, either. You see, at different times, both of us had dated the groom. We both determined that sometimes people are ‘touched by an angel’; only in this instance, we were both ‘touched by a moron’. He had actually gone as far as proposing to Nicki while high on whippets, because nothing quite says “I will love and cherish you forever” like concentrated inhalants that strike down large swaths of brain cells in an instant. Lesser girls might have taken those glazed eyes for true love, flashed him a boob and then squealed yes, but Nicki, being a different caliber of lady entirely, decided that she COULD do worse, but only if she went cross-species.

You might think we’re being harsh, bitter bitches in our disdain, and you would be wrong. Here, I’ll prove it to you.

*This is a guy who proclaims to be an enlightened Taoist, but is seriously pondering getting a “bitchin’ tattoo of the Archangel Michael fighting Lucifer”.

*This is a guy who cannot construct a basic sentence in his native language yet somehow felt qualified to pursue a doctorate; when he was rejected by schools that felt differently, he placed the blame for the rejection on coming from a ‘broken home’. I didn’t personally know that when your parents got divorced well after you’d already moved out that it still counts as coming from a broken home. I’m looking forward to using this new scapegoat to my advantage. “I’m sorry that I missed that work deadline; I come from a broken home.”

*This is a guy who lists ‘tacos’ and ‘his cat’ as interests in an online profile before his wife. He also lists Jesus as one of his personal heroes. What?!? I thought he was a Taoist! The entire list consists of Jesus, Wolverine, Ghandi, Socrates, Benkei, Abraham Lincoln, and ‘Those who fought for us in America to save our freedom (what we have of it at least) and rights’. So I guess, Civil War soldiers. But most importantly, Jesus.

*This is a guy who refused (and still refuses) to sign the birth certificate for his daughter without having a lawyer look at it, because he’s afraid it might make him financially responsible for the kid that was apparently immaculately conceived, as that’s the only feasible reason to NOT man up and admit he’s the father. Since he can’t afford a lawyer, he still hasn’t signed it. That, and maybe he figures broken homes beget broken homes. I’m not an expert.

Even though Nicki set the bride up with the groom, for some reason, the bride still remains her friend, and insisted that Nicki be invited though Ben objected. Mandy won, and soon Nicki received this gem in the mail:

I knew as soon as I saw the South Park characters in the likeness of the bride and groom that I was being called to witness a major trash event. I was so certain of this that I flew across the country so that I could have first-hand memories of this event with me for the rest of my natural life.

So on Saturday, October 18th, Nicki and I put on our finest attire, prepared for an evening of velveeta and sausages from a can, and drove to the ‘Polish League of American Veterans Hall’. But how does one truly prepare for such a momentous occasion, knowing that you’ll be coming face to face with history? We arrived a few minutes before the reception was due to start (no one was invited to the wedding except family, and with six people standing up on either side and two people in the audience, I’m sure it made for a funny picture at the zoo. Oh yes, I neglected to mention: They got married at the Racine Zoo, home of the Mellzah-molesting camel. Because nothing other than whippets says ‘I will love you and cherish you forever’ like the wafting smell of large animal feces.) and determined it wouldn’t be right if the people who showed up to snark the wedding arrived earlier than any nice, legitimate guests, so we decided to prepare by having a drink at the bar across the street beforehand. A rather large drink at the bar beforehand.

And then we noticed this sheet of goldenrod-colored delight at each folding table seat, and the grand trash ceremonies began. I have endeavored on this occasion to only snark at the groom. I’m pretty certain that someone’s grandma doesn’t need to know anything about Jeremy Bush’s beast, and may, in fact, be happier living in ignorance.

She might also have been happier if she had been struck suddenly with blindness moments before the entrance of the wedding party, because no one with 20/20 vision left the event without cursing its clarity and precision, even at a distance.

The groomsmen were clearly instructed to wear just ‘a shirt and tie’ without respect to color or style, and thus strutted in with one powder blue shirt, one electric blue shirt, one lucifer’s ass red shirt, one beige vest, one white shirt, and one poufy ren-faire shirt. I remain surprised that no one decided to sport the Canadian Tuxedo: jeans, a denim shirt and a jean jacket.

The groom elected to appear at his own wedding, in photos he was paying for, with hair bleached so blond, it appears in safety gear catalogs directly behind ‘safety orange’, and a goatee comprised of 7 carefully-spirit-gum-applied pubic hairs. When the lights were turned off in the hall, his hair glowed in the dark. After dinner, Ben’s sister ran up to me to say that she had been excited to learn I was coming because she reads my blog.

Whenever someone approaches me and tells me that, and I hadn’t previously been aware they knew I had a blog, I will freeze in place. I will stand perfectly still while alarm bells scream in my head and I think about anything that I’ve said that might cause me to have to apologize. Liz either hadn’t noticed that I was referring to that day as the White Trash Wedding of the Century or she agreed with me, but I wasn’t about to make any inquiries. And then there was an excessive amount of bump and grind on the dance floor, and then glowsticks were busted out and THEN little kids started showing their butts to everyone and grandmas were hurling in the bathroom, and dudes got drunk and started burning cigarette holes in everything, and the air started to reek of sweat, singed polyester, and love.

We learned some juicy tidbits that night, namely that Ben and his new wife are still going to live in grandma’s basement, and that a flamboyant drag queen once mistook Ben for a bull dyke, and after a few drinks, the bride told us exactly what she thought of hobby seamstress girlfriend, and then after a few more drinks, we learned the secret that would drive us to conclude that the evening had reached its zenith, and that no more schadenfreude could be derived.

They were doing the ‘dollar dance’ portion of the evening, which is something I had never heard of before. If you’ve never heard of it, it’s essentially a cash-grab by the bride and groom where the guests line up and pay a dollar or more to dance with either of them. I elected not to participate, but Nicki lined up to dance with the bride. And while they were dancing the dance that Nicki paid for, the bride enhanced Nicki’s dancing experience by whispering to her that she’d needed to have her bridesmaids cut the crotch out of her pantyhose because she’d urinated in them. Even as the behavior of the guests devolved, it’s unlikely that anything could top the bride wetting herself, so we excused ourselves and congratulated one another on dodging a peroxide blond bullet.

Thus ends the tale of the White Trash Wedding of the Century. I hope that you have laughed, and cried, and shouted in horror, as I have on many sleepless nights since. 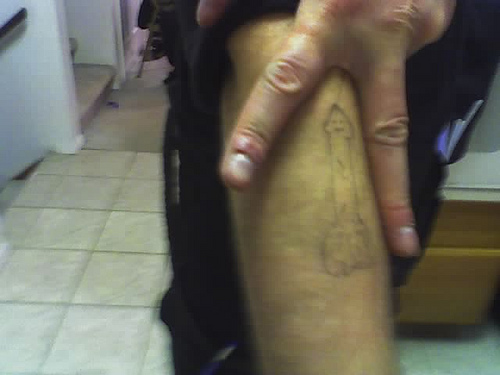 Rob’s birthday parties are the best! 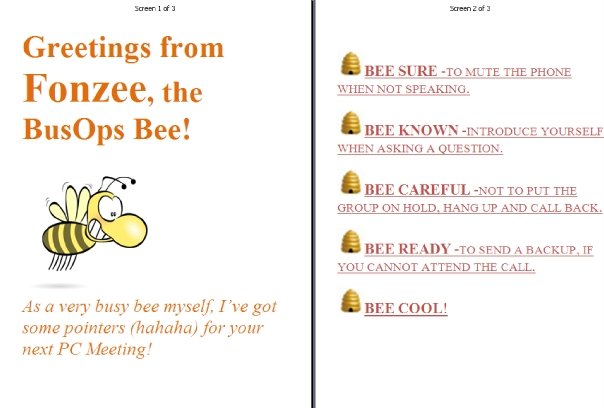 I just received this email on myspace this morning:

Good morning ? I am local and i am looking for me self a hopeful. You fine i want to make you mine. OK hit me up with some info so we can get close what do you need to know about me ? OK here check the info ,A small adjustment in your approach can make a big difference in your results. Explore your alternatives and you’ll discover a path to improved performance. Sometimes, doing a task at a different time of the day can cause a major improvement in your effectiveness. Or perhaps doing things in a slightly different sequence will make the rewards more rewarding. If you’re already getting it ninety-nine percent right, work on that other one percent. It can make all the difference in the world. No failure is permanent and no failure is a complete failure. Learn from the portion of the effort that went wrong, change it, and recombine it with the part that went right. Rarely is it necessary to throw out everything you’re doing. Instead, look for ways to fine-tune your efforts until you get the results you desire.

Be curious, be objective, be creative and be flexible. A little bit of change can put you over the top.

Hit me do not miss me i want to get it going on with you ok ?

Then just now, I got this from one of my long-distance coworkers in preparation for an upcoming conference call: I pretty much can’t tell which one is worse.

Also, an intertubes website just emailed me to spoil what my Cthulhumas gift from my mom is this year by letting ME know exactly what it is, and also that it’s on backorder.

This is technology, working for me!