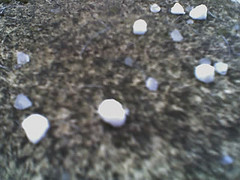 It’s raining crack rocks- the local population will be screaming ‘thank you jesus!’ 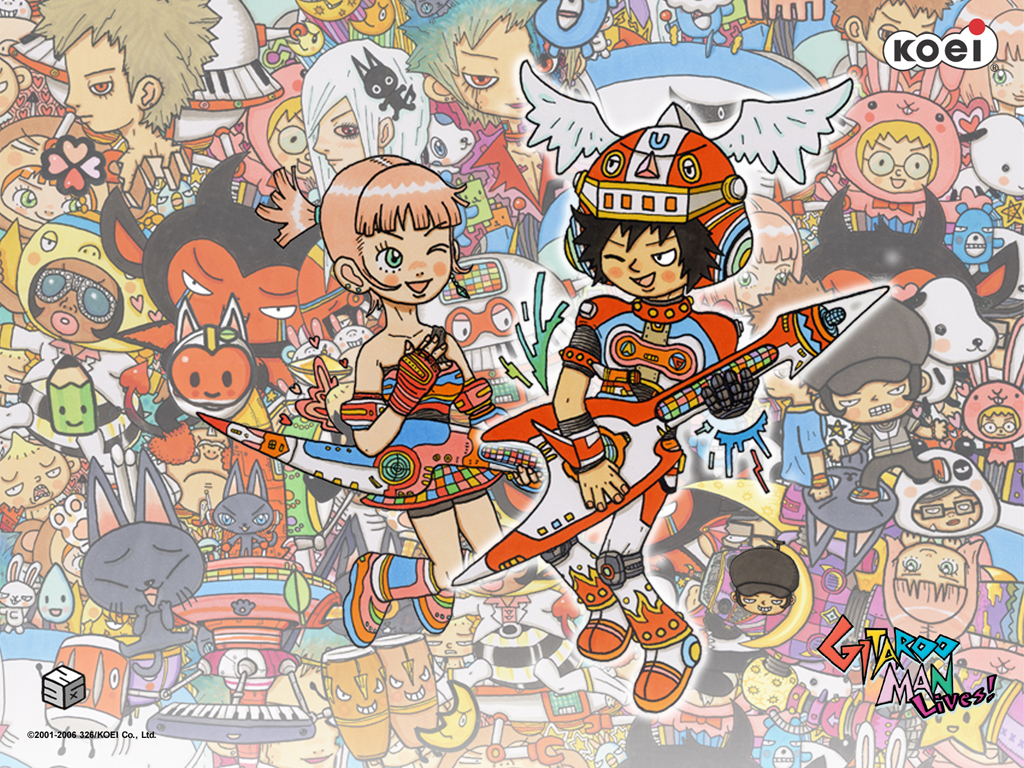 I have been thinking about and playing a lot of games lately, moreso than I really should be considering my plate is full to begin with. But, as we all know, the best work is that which is done at the last minute, so thus far I feel quite free to continue procrastinating. Also, after the sadistic auctioneer taught kickboxing class last night, all I could bring myself to do afterward was lie on the coach, play games, and moan.

The other day in the interview, I surprised even myself by saying that I liked Amplitude better than Guitar Hero–really? The precursor to one of the most popular and best-selling games of all time? WHY?

It’s not that I dislike Guitar Hero; I think it’s a lot of fun. I think that its very accessibility is a huge boon to the game industry as a whole as it has attracted many new players, and being able to posture with the guitar clearly taps into very primal centers. However, as a self-proclaimed snotty know-it-all about the rhythm-action genre, it’s a step back. How so? Here’s a run-down of the most widely-recognized, groundbreaking R-A games:

Parappa the Rapper (PS1, 1996) is, essentially, the first widely-recognized rhythm-action game, and its gameplay is akin to Simon Says: a series of button-actions are shown onscreen, and you mimic them. Its spin-off UmJammer Lammy (PS1, 1999), was much the same, though it included one of the first guitar-shaped peripherals. Parappa the Rapper 2 (PS2, 2002) is clearly in the same style. (As Guitar Freaks was/is primarily an arcade game, I will disregard it here. Dance Dance Revolution will be similarly disregarded.)

Released around the same time as UmJammer Lammy was Space Channel 5 (DC, 2000) and gameplay was nearly identical, though the stylization of Space Channel 5 made it wildly more successful.

Changing things up was Samba De Amigo (DC, 1999), which, like UmJammer, also included peripherals–a floor mat and two maracas; the sombrero and fringed jacket were your own responsibility. Gameplay, however, was concurrent with what appeared onscreen, instead of the call-and-response of PaRappa, UmJammer, and Space Channel. This concurrency has been a mainstay of rhythm-action games since that point, speeding up gameplay significantly.

Gitaroo Man (PS2, 2001), though a cult hit and never a commercial success, improved on Samba’s concurrency with the addition of the analog stick, which aided immersion, as it involved the player in more aspects of the song than a singular beat.

Also in 2001, Harmonix released FreQuency, which split songs up into drum, bass, guitar, keys, and vocals onto separate ‘tracks’–when you played through two full bars, that track would auto-play for a time, and you could move onto the next track, the goal being to get the entire song playing concurrently for as long as possible. FreQuency’s musical focus was primarily electronica; its sequel, Amplitude, was released in 2003, and included a much broader range of songs; gameplay remained very similar.

Harmonix is also responsible for the first two iterations of the Guitar Hero series, which I imagine most game-players on my list are familiar with. The game is played using a guitar-shaped peripheral, the left hand controlling neck buttons, and the right in charge of the strum bar and whammy; gameplay is straightforward and concurrent.

What makes Guitar Hero a step back? Its very straightforwardness. In FreQuency and especially in Amplitude, the path you chose to move through the song determined your score, determined your completion percentage, determined what powerups (if any) you’d get, and ultimately determined whether you’d make it through the song or not. There was always a way through that led to maximum points/completion, but it wasn’t obvious. It required a greater level of dedication, and the flexibility to approach the same level many, many different ways. In Guitar Hero, for the same song, you press the same buttons in the same pattern every single time. Thus, after a couple of play-throughs, I was done with it. Amplitude has tapped into my domination-seeking lizard brain, and consequently, I’ve played each level one hundred times or more in order to truly master the game.

And that’s why I think Amplitude is, like, the greatest rhythm-action game ever. The only thing that would make it better is a ship shaped like a pony that shoots lasers from its eyes.

P.S. I want to love Elite Beat Agents, but the songs make me hate it. So. Much.

Why does your recommendation feature suck so hard? If I tell it that I’m not interested in, say, a cd single, I shouldn’t have to say that I’m ALSO not interested in the UK version of the same single, or the Australian release of the same single…I JUST DON’T WANT IT. Also, if I don’t want a game, I don’t want the gamecube version or the xbox version or the ps2 version or the ds version or the 360 version…I DON’T WANT IT and I shouldn’t have to keep indicating that I don’t want it. If I own a version of a game and it’s available on six different platforms, I have probably already purchased it on the platform I wanted it on, and don’t need suggestions that I buy it for every other goddamn one. If I buy ONE book about circus freaks, I don’t want EVERY OTHER DAMN BOOK EVER WRITTEN on circus freaks. If I buy a Buckethead CD, you don’t need to recommend every other Buckethead CD out there–odds are, I either know about them, or a simple search on Buckethead would list them all. If I tell you I have a platinum gamecube, why does it suggest that I should buy one in black, purple, and orange? I ALREADY HAVE ONE. How many could I possibly need?

Mellzah the Consumer Whore (and how!)